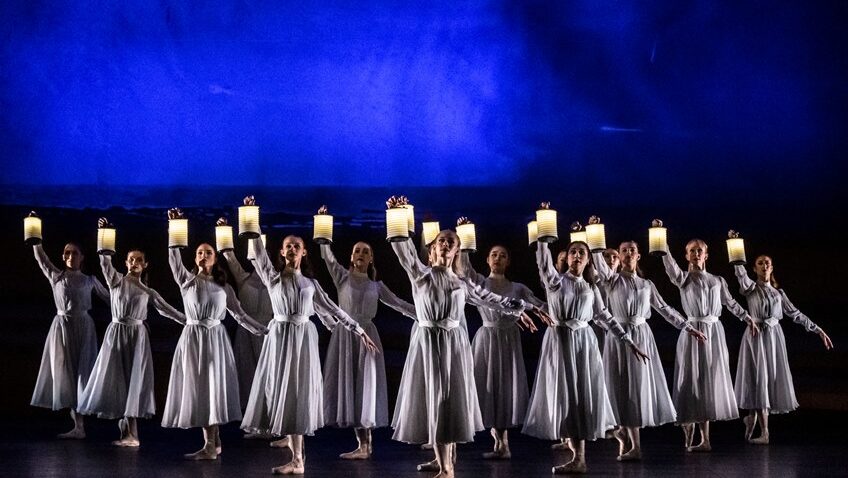 RAYMONDA, choreographed by Marius Petipa to music by Alexander Glazunov, premiered at the Mariinsky Theatre in St Petersburg in 1898, and is one of the great classic ballets. Yet outside of Russia, it is rarely performed and we usually only see Act 3.

Tamara Rojo and English National Ballet are the first in the UK to stage the ballet in its entirety. The designer is Anthony McDonald.

The original story is set in Medieval times. Raymonda is loved by a 13th century crusading French knight and abducted by a vile Saracen. The story has been updated to the 19th century and the Crimean War and the characterisation has been changed.

Raymonda (Shiori Kase) is now a Florence Nightingale figure who is engaged to marry an English soldier (Alexander Hernandez) but falls in love with a decent Turkish diplomat (Jeffrey Cirio). Whom will she marry?

Rojo has recreated Petipa’s choreography and introduced athletic steps of her own, particularly for the male dancers

The lengthy synopsis in the programme makes the drama sound far more interesting and complex than the original story. In performance it is Glazunov’s ravishing music and the excellent solos, duets and ensembles which will occupy and please audiences most.

Since we are in Crimea and its 1854, I thought the production might have its “c’est magnifique, mais ce n’est pas la guerre” moment; but the fatal Charge of the Light Brigade and the horrors of war are noticeable only for their absence.