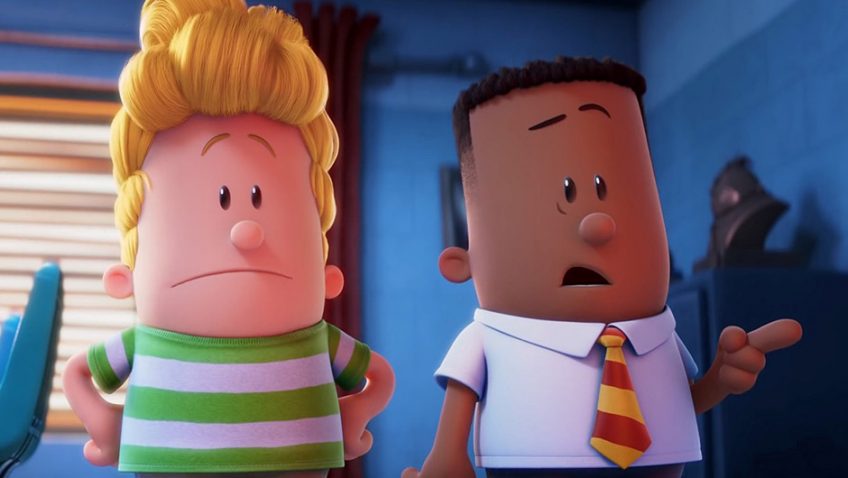 Two movies for kids which grown-ups might also enjoy

Captain Underpants: The First Epic Movie (20th Century Fox). DreamWorks Animation has come up trumps. Two primary school children, the best of friends (voiced by Kevin Hart and Thomas Middleditch), enjoy pranks. Their comic book comes to life. The headmaster (voiced by Ed Helms) wants to break their friendship. They hypnotize him and he is transformed into Captain Underpants. Tra-la-laaa. A mad scientist, turned schoolmaster called Poopypants (voiced by Nick Kroll), wants to wipe out laughter. He creates a monster, a giant toilet. The film’s absurd, it’s silly, it’s witty, it’s inventive; and it has a lot say about the power of friendship, fun and laughter, which will do primary school kids good. The lavatory humour is very mild. David Soren directs. The script is by Nicholas Stroller. This will be the first of many more epic movies, I am sure.

Cars 3 (Disney Pixar) is an animated feature which is aimed not only at people who like car racing films but, and this is more surprising, at those who are at the retiring age and really should be retiring. Pixar is much admired but the general critical consensus is that the Car series are not among their very best. The public totally disagree. Lightning McQueen is a talking red car, a racing champ, whose name naturally recalls Steve. He has a big smile and he is voiced by Owen Wilson. He is very likeable and he is also unexpectedly moving. The champ’s glory racing days are over; but he refuses to retire. McQueen has a problem. He’s old and he won’t accept it. He has to learn that there is a life after he has retired from the track and that he can become a mentor to the up-and-coming drivers. Being a mentor could be greater than being champ. The Pixar artists are clever with the way they give the cars character. The mouth and especially the eyes are particularly effective.