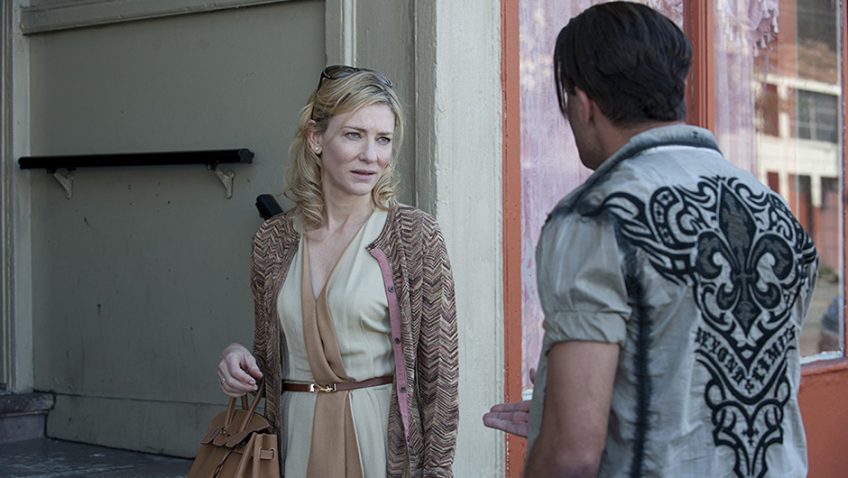 Will Cate Blanchett win an Oscar for Blue Jasmine?

Blue Jasmine (Warner Brothers). Woody Allen’s latest film, and one of his very best, is unexpectedly serious. Cate Blanchett’s painfully fragile and fractured performance deserves an Oscar. She plays a rich, snobbish, selfish and deluded New York socialite who suddenly finds she is totally broke. She has a mental breakdown. As she unravels, her Behaviour becomes more and more unacceptable. How I wish I had been able to see Blanchett’s Blanche DuBois in Tennessee Williams’s Streetcar Named Desire on Broadway. Sally Hawkins is excellent, too, as her half-sister who has to bear most of the brunt.

The Fifth Estate (Entertainment One). If you want to see whistleblower Julian Assange (WikiLeaks), you could knock on the door of the Ecuador Embassy in London where he has taken refuge. It might, however, be easier to catch him on film where he is played by Benedict Cumberbatch. Is Assange a hero or villain? It depends where you stand. The pursuit of freedom of information can lead to people being killed. Does Assange care?

Dolphins: Spy in the Pod (BBC). Do you know anybody who does not like dolphins? They lead a charmed life, always smiling, playfully leaping out of the water, diving and back-flipping at speed; and all done with such Olympic grace. Dolphins have lots of fun and they are incredibly intelligent, speaking six languages, including Russian and Chinese. The photography of them under water is amazing in its close-ups.

Atlantis (BBC). I have always wanted to go to Atlantis, but I have been put off by this series which is aimed at children and is bit too silly and larky. There are too many mythtakes (sic). You will be as surprised, as I was, to learn that Jason (not Theseus) killed the Minotaur and that Hercules was a big flabby coward. The dialogue is terrible. You might prefer instead to go on line and look at some acrobatic bull-leaping in the Minoan frescoes at the Great Palace at Knossos in Crete.