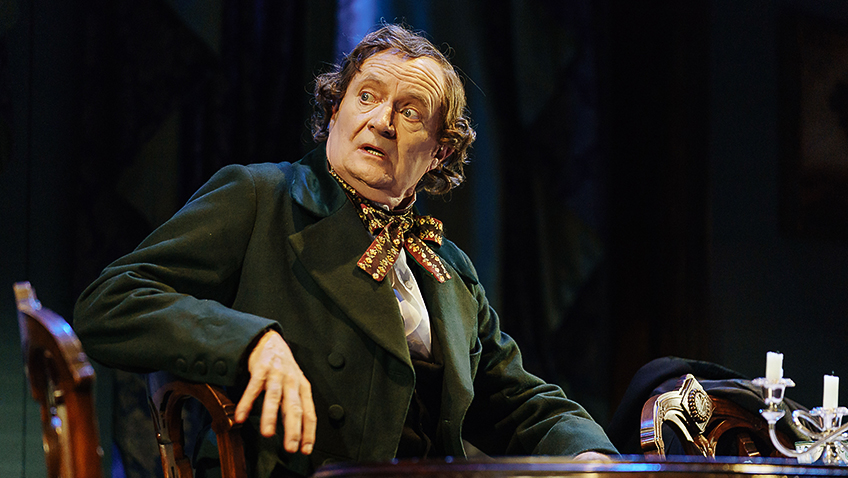 Hans Christian Andersen did not write his fairy tales

I have always much enjoyed the plays of Martin McDonagh and two of my favourite films are In Bruges and Three Billboards Outside Ebbing, Missouri. The latter, which he also directed, should have won the Oscar for Best Film. There has just been a highly successful revival of The Lieutenant of Inishmore.

His latest play, which has its characteristic moments of violence, is a very, very, very odd mixture of Danish sham and Belgian atrocity. Matthew Dunster directs.

Hans Christian Andersen, the master fairy tale writer and his inner demons, should be a good subject for a play or a film. There was a film written by Moss Hart and Ben Hecht in 1952, starring Danny Kaye as the eccentric Dane but it was a musical and totally fictional. 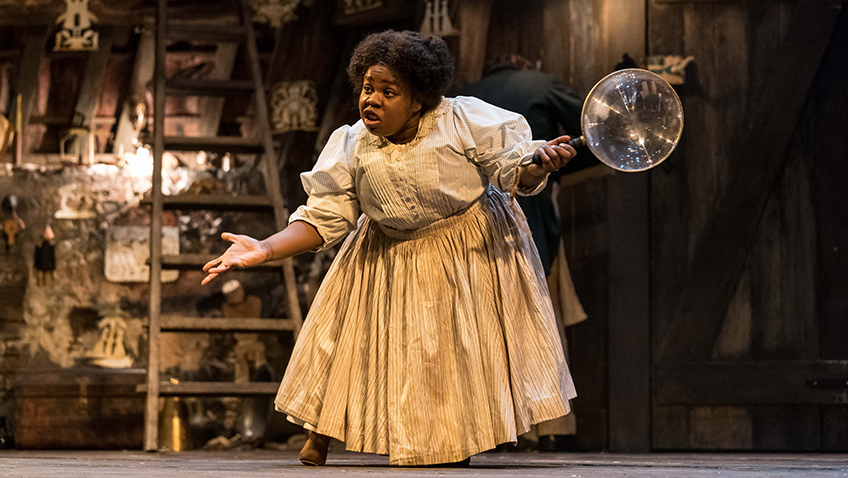 McDonagh’s premise is the pygmy, who has been imprisoned for the last 16 years, has written all of Andersen’s fairy tales.

What I like most is Broadbent’s music hall comic buffoon performance. He is very funny when Andersen is pompously addressing a crowd of admirers, parents and children, and even funnier when he is reading out his fan mail.

Charles Dickens invited Andersen to come and stay with him in London and Andersen stayed for five weeks, instead of two, outstaying his welcome and boring everybody. This is fact.

McDonagh enhances their scenes together by adding foul language. The incongruity of Dickens, his wife and his three children all using the F-word repeatedly is very funny.

Phil Daniels is cast as the swearing Dickens whose novels have also all been written by a female pygmy who just happens to be the sister of Andersen’s pygmy.

Andersen’s pygmy wants to avert the bloodshed (10 million people killed) which is going to happen in the Belgian Congo in the future when King Leopold II is on the throne. There are two blooded Belgian soldiers stripped to the waist, time travellers, who want to kill her before she kills them.