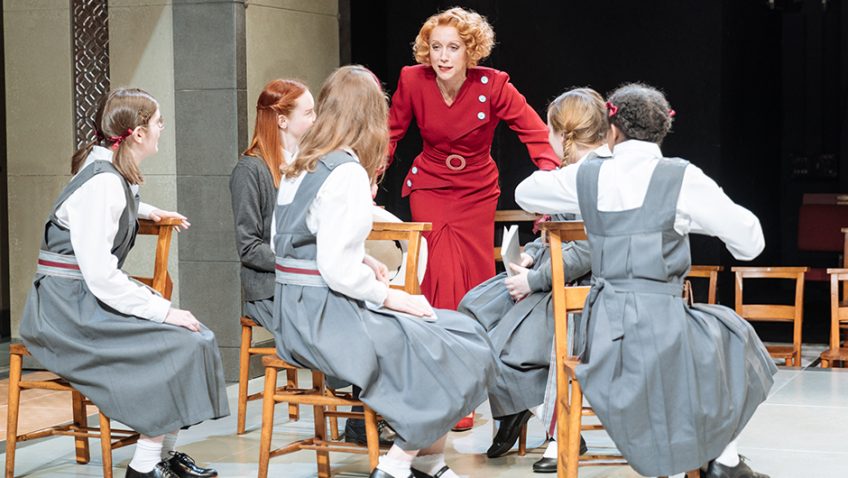 The Prime of Lia Williams who is superb as Jean Brodie

Polly Findlay directs an excellent revival of Muriel Spark’s most famous novel, which has been newly adapted by David Harrower and has a charismatic performance by Lia Williams, straight from her success as Schiller’s Mary Stuart.

Ever since it was first staged in 1966 with Vanessa Redgrave, The Prime of Miss Jean Brodie has always attracted the best actresses and most notably Maggie Smith, whose performance on film won her an Oscar in 1969. 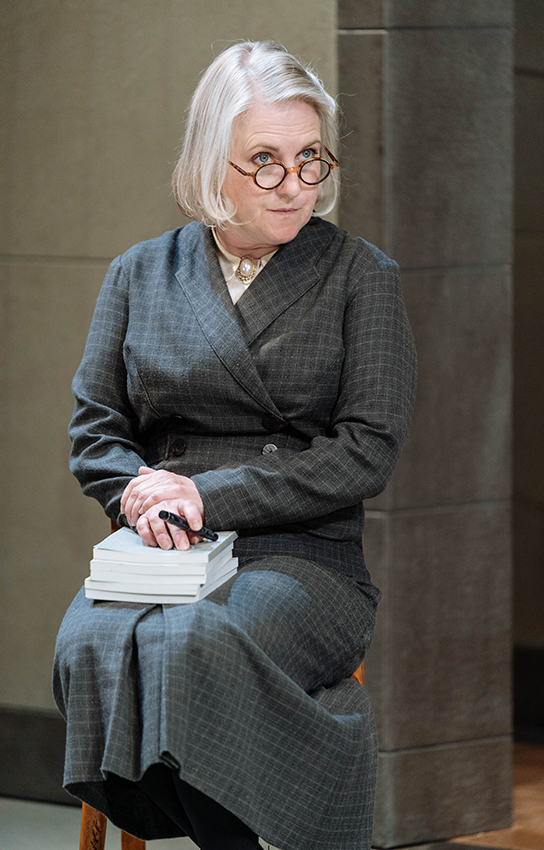 Jean Brodie is a teacher in a private school in Edinburgh in the 1930’s. “Give me a girl at an impressionable age,” she cries, “and she is mine for life!”

Would you want your child to be taught by Jean Brodie? She is an inspirational teacher but she is also a dangerous woman who indoctrinates her pupils with her unorthodox views and has a penchant for Mussolini and fascism.

Audiences will remember Hector, the teacher in Alan Bennett’s The History Boys; but there was no danger in Hector and besides the boys were in the sixth form and much, much older and quite capable of looking after themselves.

The surprise here is how young her charges are. They are initially only 10 years old and still at primary school. She demands absolute devotion and lives vicariously through them.

She is directly responsible for one girl running away to fight in the Spanish Civil War (where she gets killed) and instrumental in another girl having an affair with the predatory art teacher, a married man with six children.

Angus Wright and Sylvestra Le Touzel are great as the music teacher and the headmistress.

The pupils are well cast, too. Rona Morison is Brodie’s favourite, now a grown woman and a novice, who is about to take the veil. Interviewed by a local newspaper she relives in flashback her schooldays when she and a handful of girls were the crème de la crème.

The play, the actors and the production deserve a transfer to the West End.