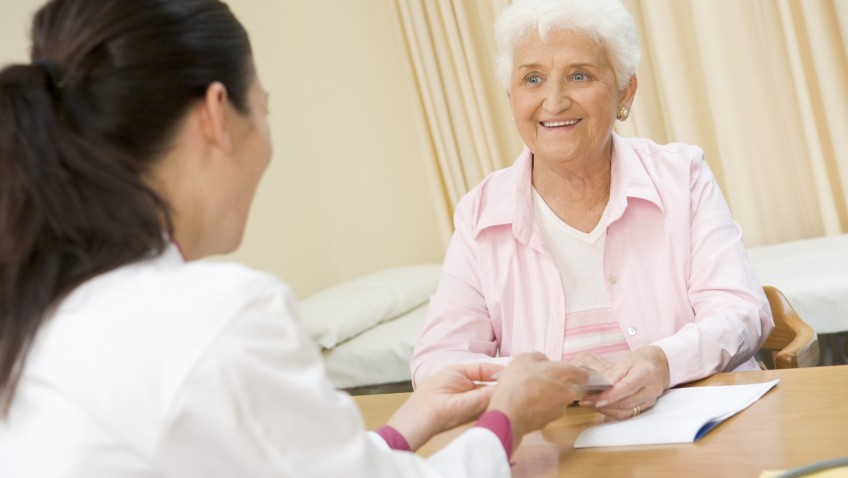 A new genetic risk score that could help to identify individuals at risk of coronary heart disease (CHD) much earlier and potentially improve its prevention has been developed in research part-funded by the British Heart Foundation (BHF).

CHD affects over 2.3 million people in the UK and the disease is responsible for nearly 70,000 deaths in the UK each year – most caused by a heart attack.

The new test is a result of an international collaboration involving Professor Sir Nilesh Samani from the University of Leicester, who has recently been appointed BHF Medical Director, and researchers in Australia, Finland, Germany, and the Netherlands.

Genetic factors have long been known to make a significant contribution to CHD risk. Recent advances in genetics have led to the identification of many Single Nucleotide Polymorphisms, or SNPs – very small differences in our DNA that vary from person to person. The research, published today in the European Heart Journal, shows how using this new knowledge could pave the way for earlier and more personalised preventative interventions.

By looking at over 49,000 SNPs the researchers created a score, known as a genomic risk score (GRS) and showed that the higher the GRS the higher the future risk of CHD. People with a GRS in the top 20 per cent had an over 5-fold higher life-time risk of CHD than those in the bottom 20 per cent. This study is the first to look at a much larger number of SNPs to give a fuller picture of an individual’s genetic risk of developing CHD.

Currently, clinical risk scores are based on known risk factors for CHD such as cholesterol level, having high blood pressure or diabetes and smoking. But such scores are imprecise and unable to identify a large proportion of people who develop CHD. The researchers showed that the GRS was independent of the clinical risk scores and by combining the two risk score tools they were better able to predict people who were at risk of developing CHD in the next 10 years.

BHF Professor Sir Nilesh Samani from the University of Leicester, an author on the paper who has co-led the discovery of many of the genes associated with coronary heart disease, said:

“This is the first really large study showing the potential benefits of using a genetic risk score over and above current methods to identify people at increased risk of coronary heart disease. We already know that CHD starts at an early age, several decades before symptoms develop, and preventative measures should ideally be applied much earlier, especially to those who are at increased risk.

“Unfortunately, current clinical risk scores are not good at evaluating risk until middle-age. On the other hand the GRS, which is based on your DNA, can be applied at any age. Further studies are needed to demonstrate the precise clinical value of this approach in different populations. However earlier identification of people who would most benefit from lifestyle changes and medication to reduce their risk of a heart attack could save countless lives.”

“This new tool could be invaluable in more accurately identifying people who are at an increased of developing heart disease.

“However, it’s important to remember that having a genetic predisposition to coronary heart disease does not guarantee that person will have a heart attack. Thanks to research, much of it funded by the BHF, people identified as being at increased risk can reduce their chances of having a heart attack by stopping smoking, exercising regularly, managing their weight and taking prescribed medication, such as a statin.”

Find out how the BHF is fighting back against heart disease at bhf.org.uk