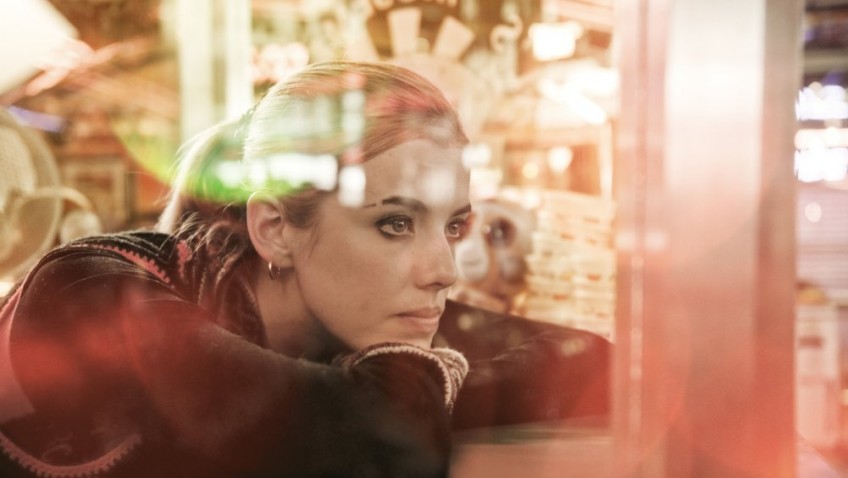 Electricity is another grey, gritty, low-budget British film about a dysfunctional family from a Northern council estate (with a view of the sea).  It distinguishes itself by taking the family out of the estate early on, and giving the good-looking protagonist (model Agyness Deyn, in her film debut) epilepsy.

After the death of an abusive mother, Lily O’Connor (Deyn), the most grounded and responsible of the three siblings, goes to London in search of her estranged brother Mikey (Christian Cooke), while coming to terms with her debilitating medical condition.

Electricity wants to tackle the subject of epilepsy through this story of three siblings dealing with the effect of a broken family and abusive upbringing. With shaky acting and too many elements that ring false, it does not totally succeed on either front.

After learning that her eldest brother, Barry (Paul Anderson), a gambler, has sold the house for £60,000, and wants to split the money with her, Lily insists that an equal share be set aside for their estranged brother, Mikey. Barry needs Mikey’s share of the money for his habits. Nonetheless, Lily heads to London to find Mikey, who is feared homeless or dead.

We follow Lily’s adventures and misadventures along the way and in London. Being good looking with an outgoing personality, Lily makes friends quickly.  A homeless girl she befriends on the chance she could help Lily find her brother, rips her off, stealing money and clothes from Lily’s hotel room.

Lily has more luck when a  generous woman invites her home after Lily suffers a fit  on the street. The woman is a lesbian but seems to allow Lily to stay in her well-appointed flat even when Lily tells her she is very straight. A  kind man in a bar who knows Mikey falls in love with her.

The film does highlight the problems with changing medication, the lack of public understanding and the limitations on the social life of someone with epilepsy. Lily, who drinks and even skips her medication, is so frustrated that she intentionally exacerbates the problem (although apparently, strobe lighting does not trigger a fit).

Despite attempts at social realism there are too many false notes for us to feel anything for the characters or believe the story. These  include the speed with which Lily gets her hands on the probate money (a matter of days); a boss (Peter-Hugo Daly) three times Lily’s age who chauffeurs her around for weeks on end wanting nothing in return; and the fact that even after her small suitcase is plumaged for its contents, Lily wears a new outfit every day.

We are also asked to believe that a professional woman with a pristine home would take in a homeless stranger with epilepsy, giving her free run of her flat, and even allowing her to stay after her brother (Mikey) trashes the place.

Granted, this is an ultra-low budget film, but with the support of the British Film Institute production team and the Wellcome Trust, they could have fashioned a more credible script.