Home / LIFESTYLE / The Queen of Crime 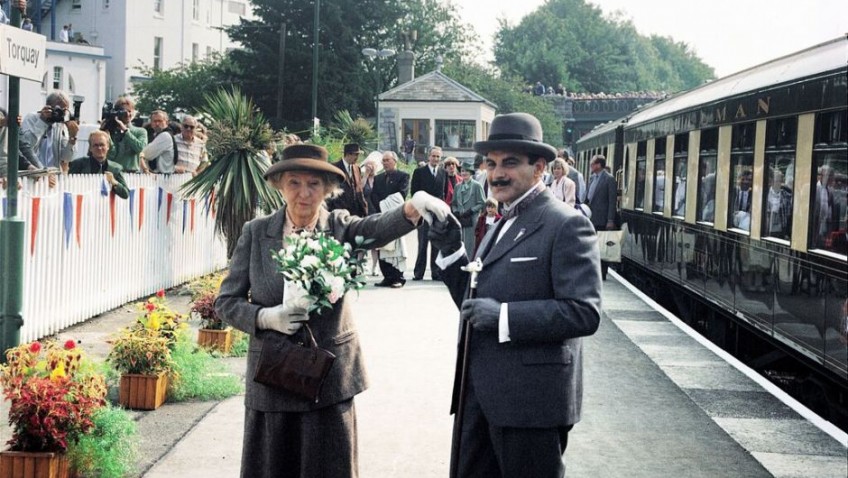 The Queen of Crime

This year sees the 125th anniversary of the birth of one of the world’s bestselling authors, Agatha Christie.

The BBC showing a series of programmes to mark this event and the first is Partners in Crime is scheduled to air on BBC One at the end of July.

With 70 detective novels and numerous plays to her credit I doubt that there is anyone who has not read or watched the endeavors of the two most popular literary sleuths of this century: Miss Jane Marple and Hercule Poirot. An international festival is taking place in her home town of Torquay in Devon, UK, from September 11-20 2015. Dr Anna Farthing, director of the 2015 festival, said: “As well as being the world’s best-selling author, its most translated novelist and the UK’s most successful woman playwright, Dame Agatha Christie was a fascinating character, whose work was shaped by her life and times and whose enduring impact reaches much further than her writings.

“In programming this 125th anniversary festival, my aim has been to fully reflect this breadth and depth by supplementing favourite and familiar stories with new viewpoints and fresh insights – some of them never made public before – in ways that will appeal as much to younger people and newcomers as they will to lifelong fans.”

More than 100 events will be on the festival menu with each day taking a special theme, starting on Saturday 12 September with a Family Day of children’s author-led workshops, trails, stories and an outdoor show on the lawns where a young Agatha herself performed.

The week then continues with focuses on the First World War years; Miss Marple; the Golden Age of Detective Fiction, International Agatha, Agatha & Theatre and Agatha For Everyone.

At the heart of the programme will be a birthday party on September 15 at the festival’s main venue, Torre Abbey. The festival’s board is chaired by the author’s grandson Mathew Prichard, who also chairs Agatha Christie Ltd, which manages the worldwide literary and media rights to the author’s works.

He says: “I am delighted that the 125th anniversary of my grandmother’s birth in Torquay is being celebrated with such a lively and wide-ranging programme. I am also pleased that we have been able to release so much new material from the family’s collections so enabling visitors to see photographs which have never been on public view before, learn more about Archie Christie, the grandfather I never met, and to hear recordings of my grandmother’s voice when we mark the 80th anniversary of the RNIB’s Talking Books for the Blind service.”

He added: “I feel sure that my grandmother would have welcomed the diversity of the programme and how it will reach so many different audiences, particularly through the workshop programme for emerging writers and the many new opportunities for children, older people, film-makers and local students to get involved.”

A day-by-day guide to the International Agatha Christie Festival 2015 can be found online at www.agathachristiefestival.com along with links to the online bookings system.