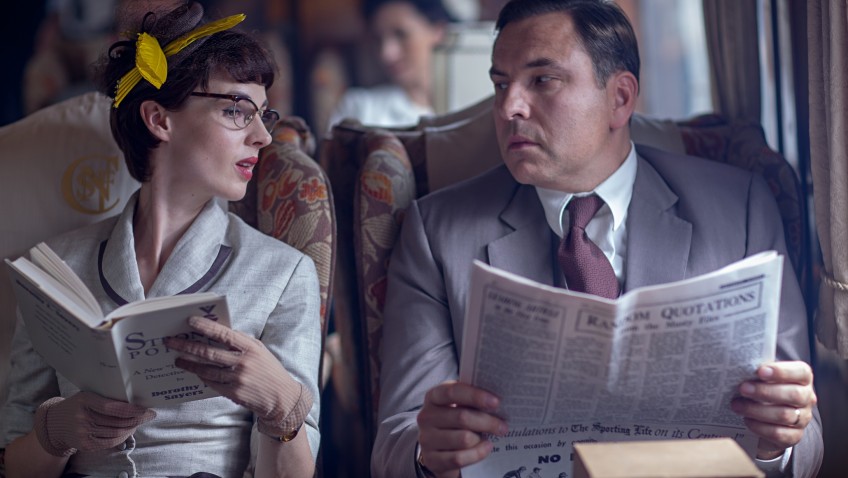 Agatha Christie’s 125th birthday is being celebrated this year

The partners in crime, Tommy and Tuppence, are amateur detectives and married. They were created by Agatha Christie and appeared in two novels and in a collection of 15 short stories.

The BBC has adapted the two novels for television to celebrate the anniversary of Dame Agatha’s birthday 125 years ago.

When I was a teenager I read practically all the Poirot novels. I much admired Joan Hickson’s definitive performance as Miss Marple.

I have never read the Tommy and Tuppence spy stories and now that they have been updated to the 1950’s and the Cold War era they don’t feel like Agatha Christie at all.

The Secret Adversary really does need a 1920s setting and the sort of classy double act William Powell and Myrna Loy (and the fox terrier) brought to Dashiell Hammett’s Thin Man series.

Updated, it never feels like a 1950’s thriller and the colour seems all wrong for the period. The story is about a potential assassination and how two amateurs stop it. It is all very silly and impossible to take seriously. It is difficult to imagine MI5 ever trusting Tommy with anything.

N or M? is the story of the kidnapping of an atomic physicist and the potential bombing of Norwich by Soviet agents. It’s just as silly and just as unbelievable but it has a better script and is much more fun.

David Walliams is a comedian and very funny he was too in Little Britain. He has acted in Pinter and Shakespeare but he’s not a straight actor and it showed. Physically, he isn’t right for Tommy. Jessica Raine is fine as Tuppence. But he’s too camp and there’s not any chemistry between them.