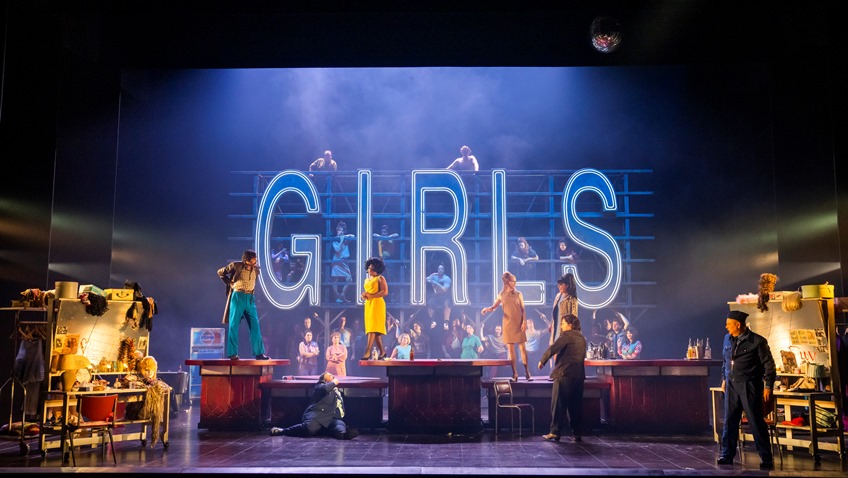 Bizet’s Carmen, the world’s most popular opera for well over a century now, bursts with sizzling sexuality, tense excitement, passion, romance, jealousy and murder, and it has sensational music that reflects all that and more from start to finish. When poor Bizet died at 36, though, just months after the opera’s Paris debut in 1875, all he knew was that his unconventional onstage themes, run of the mill to us nowadays, caused nothing but shock, scandal and controversy.

Set in Spain (where Bizet never went) and based on a novella by Prosper Merimee (who did go), the story (usually!) involves a group of lowly cigarette-factory girls, a barrack-load of bored soldiers, a mighty toreador and some contraband smuggling. When fiery, femme fatale factory girl Carmen employs her considerable seductive wiles, which constantly have men falling at her feet, on naive soldier Don Jose, he’s so infatuated he abandons his sweet sweetheart and his entire military career. Then Carmen drops him for a glamorous, celebrity toreador, Jose sees red and Carmen’s fate is sealed.

In spite of alterations, the essence of what goes on remains the same: the words of the libretto are retained in French with clear, succinct translation beside the stage, and the music, rich in emotional energy, passionate atmosphere, ominous forebodings and excitement remains exactly the same, thrilling at every turn with iconic melodies like Toreador and Habanera, harmonic, wonderfully sung choruses and beguiling flamenco flavours. With around 60 players and full array of instruments, the fine Orchestra of Opera North is conducted – at long last, as The Grand finally reopens – by new, enthusiastic MD, Garry Walker.

Smiles arise (or eyebrows lift) straight off as the action opens with a fan dance for sozzled soldiers in a shabby burlesque club, an establishment that also offers pool and Pepsi. Star attraction Carmen descends, all in scarlet, on a swing, to strut her stuff, though the coquettish flirtations of castanet-playing Carmen and her companions are, perhaps, less full-on brazen, than those of many former factory girls – oh, and the topless, tassled dancers don’t actually appear topless (Phew!) There are smiles when rodeo man Escamillo’s cowboy hat and jacket light up and for the half-side of beef contraption he arrives on; broad smiles greet a grand balloon-and-streamer fiesta of ensemble Stetson-toting line-dancing, as they do the drug-sniffing smugglers, and the fruit machine that predicts Carmen’s fate will turn from l’amour to la mort. Another unexpected smile is provoked when Jose’s hometown sweetheart, Micaela, arrives heavily pregnant, and soprano Camila Titinger caresses her bump for extra pathos as she sings her main aria so beautifully!

One splendid device is to use instrumental sections of the score for the performance of extra, unvoiced scenes. When we go into the performers’ dressing-room, we discover children there, children dependent on their mothers’ income and their survival in this male-run world. And, as they change out of their costumes and leave their work personas behind, we see the girls are just regular, everyday people in modest (1960’s/70’s) attire with everyday needs and wishes. Another added scene celebrates gender fluidity with a totally captivating dance-movement sequence that features striking trans/non-binary performance artist Nando Messias, playing cool, enigmatic club owner Lillas Pastias’. His/her/their charismatic stage presence is quite astounding.

On its first night, it’s in the final two of the four acts that the drama and relationships start to draw in the audience with greater credibility, and the crucial central relationship between Don Jose and Carmen becomes more convincingly interactive. Jose’s initial infatuation with Carmen (he’s played at short notice by American Erin Cave who arrived but days earlier!) isn’t so convincing, but once he transforms from weak, wishy-washy soldier and gentleman into dissolute, drug-taking deserter, jealously angry, obsessive and possessive, the drama becomes more vivid, and his tenor solo arias and duets with Carmen, admirably played and sung by American mezzo-soprano Chrystal E. Williams, and with Micaela, become more impressive and impactful as we head for the final tragedy. While bass Matthew Stiff’s portrayal of Zuniga as a big, rolling drunk seems effortless, a vibrant singing/acting partnership is created by fabulous soprano Amy Freston as Frasquita and mezzo-sop Helen Evora as Mercedes, full of a bubbling good humour that shines throughout.

Whether it’s really necessary to change location and era in order to present behind-the-scenes insights into the viewpoint of women forced to adapt their personas and lifestyles in the struggle to survive in a male dominated society, is open to debate. But it certainly adds interest! Whether in club or factory, the interaction of men and women is pretty similar, and in both versions Carmen remains strong-minded and true to herself until the end, and thus perishes.

Performances of Carmen play at Leeds Grand into November, with some cast changes, and will also play in Newcastle, Salford Quays and Nottingham.