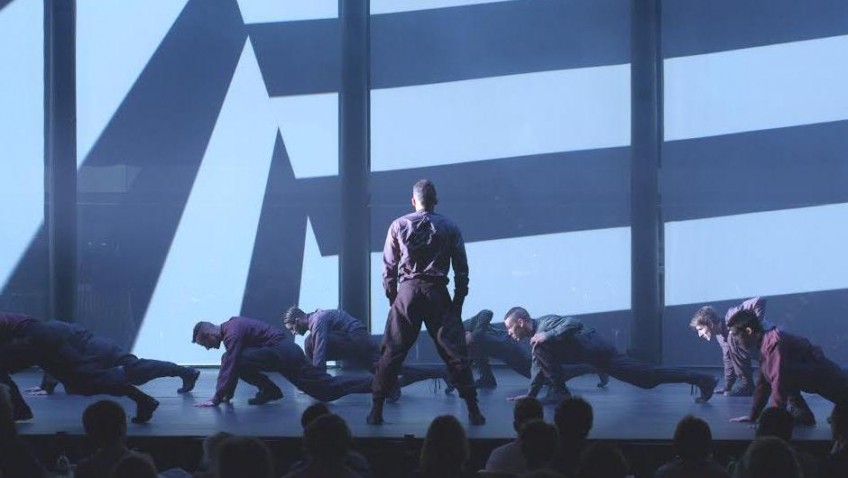 Premiere of a ballet by Ivan Perez, inspired by World War 1

“We didn’t commission a piece about war or soldiers,” says artistic director William Trevitt. “We said spend an afternoon with the dancers, see what happens.”

The thirteen dancers, highly drilled, don’t look like dancers. They look like soldiers, especially in the convincing training section. There is little “dance” as such.

Perez took his inspiration from historical documentation, film footage and the letters soldiers wrote home during the war. Tenderness for the fallen is the key emotion.

There are dramatic images of the wounded, the gassed and the shell-shocked. One image recalls the war paintings of Paul Nash.

Ten million soldiers died in World War 1. The young men on stage are constantly being killed and falling down dead, only to rise and fall down again.  Keaton Henson’s pounding music gives the images of death and death throes their power throughout. The musicians are on stage.

Perez’s ballet lasts 90-minutes with one interval. Since there is so much repetition, and since it has said all that it has to say about war in act one, it would be better to edit and have it last 45 minutes straight through without interval.