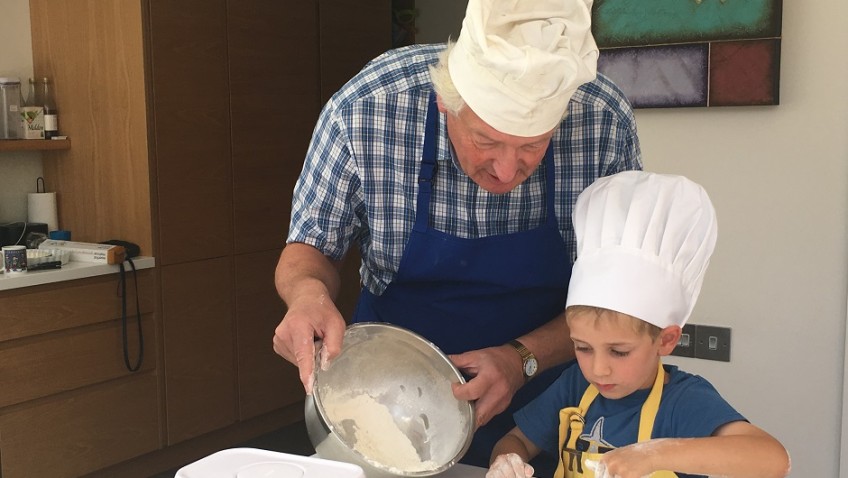 You might have to bite your tongue when an elderly relative lectures you on how to do something, but passing on pearls of wisdom can boost pensioners’ health , say scientists.

A new study showed that those who hand out tips to family members, friends, neighbours or even strangers see their lives as very meaningful.

And pensioners who don’t share their experience feel their life is more pointless.

People over 60 uniquely seem to benefit from doling out advice, concluded the study published in Social Psychology Quarterly.

But this happens to be the age when opportunities for dispensing it becomes increasingly scarce.

Professor Markus Schafer, of Toronto University, said: “This association between advice giving and life meaning is not evident for other age groups.

“Overall we interpret these findings to suggest the developmental demands of late midlife – particularly the desire to contribute to others’ welfare and the fear of feeling ‘stagnant’ – fit poorly with the social and demographic realities for this segment of the life course.

“Just when giving advice seems to be most important, opportunities for doing so seem to wane.”

Prof Schafer and Laura Upenieks, a doctoral candidate in sociology, studied a survey of 2,583 US adults and found 21 percent of those in their 60s and 27 percent of over reported giving advice to no one in the previous year – compared to only about 10 percent of under 60s.

Prof Schafer said: “Conventional age norms suggest the ideal mentor or advice-giver is someone who has a lot of life experience.

“However – compared to their younger counterparts – older adults occupy fewer social roles, are less socially active and interact with a more restricted range of people.

“So while the average 65-year-old may well have more wisdom than the average 30-year-old, demographic and social structure factors seem to provide the latter with more opportunity for actually dispensing advice.”

Some scholars have argued the essence of mattering – the idea one is meaningful and consequential to other people – is most under threat during late-middle age when many people retire and enter the ’empty nest’ phase of life.

Prof Schafer said: “The mattering perspective helps explain why it’s this period of the life span – in particular – when it’s important for people to feel like they can still have influence on others through actions such as giving advice.

“The results should prompt reflection on the social fabric of American communities and how late-middle age adults fit into the picture.

“Our findings underscore the importance of giving older adults occasions to share their wisdom and life experiences.

“Schools, churches, civic organisations and other community groups could consider how to facilitate inter-generational mentorship experiences and to creatively enable more older adults to be advice-givers.”

Three years ago a poll of 2,000 British adults found gems such as ‘practice makes perfect’ and ‘never go to bed on an argument’ are among the tips passed on by grandparents that are retained by two thirds for ever.

The most common advice was ‘good manners don’t cost anything’ followed by ‘you can only do your best.’

Prince William is well-known for heeding the advice of his grandmother Queen
Elizabeth.

The average person has retained 22 tips handed down by their grandparents – and grandmothers tend to give better advice than grandfathers.

Other sound advice from the elderly came in the form of well-known sayings such as ‘neither a lender nor borrower be’ and ‘practice makes perfect.’

Seven-in-ten said the older generation is wiser due to years of life experience. More than one in ten said granny’s advice led to better career prospects and 11 per cent said it had a positive effect on their love life.