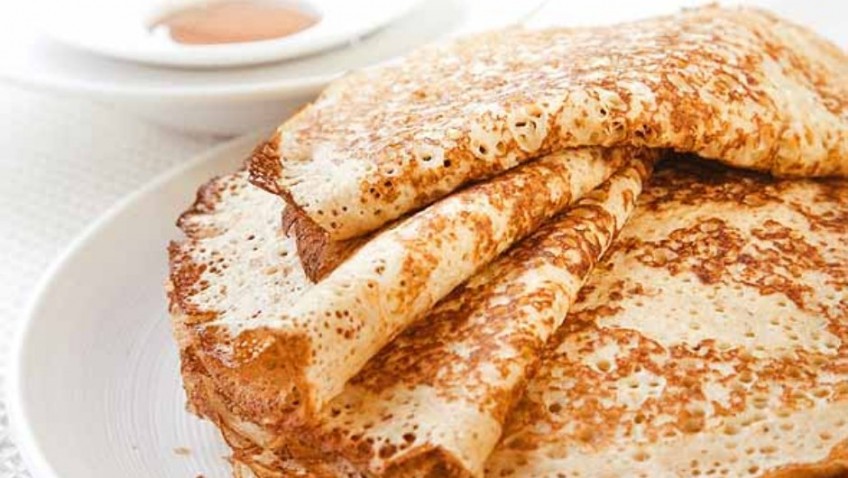 Pancake Day, or Shrove Tuesday, is the traditional feast day before the start of Lent on Ash Wednesday. Lent – the 40 days leading up to Easter – was traditionally a time of fasting and on Shrove Tuesday.

Anglo-Saxon Christians went to confession and were “shriven” (absolved from their sins). A bell would be rung to call people to confession. This came to be called the “Pancake Bell” and is still rung today.

Shrove Tuesday always falls 47 days before Easter Sunday, so the date varies from year to year and falls between February 3 and March 9. This year Shrove Tuesday will fall on the 17th February.

Shrove Tuesday was the last opportunity to use up eggs and fats before embarking on the Lenten fast and pancakes are the perfect way of using up these ingredients.

The ingredients for pancakes can be seen to symbolise four points of significance at this time of year:

In the UK, pancake races form an important part of the Shrove Tuesday celebrations – an opportunity for large numbers of people, often in fancy dress, to race down streets tossing pancakes. The object of the race is to get to the finishing line first, carrying a frying pan with a cooked pancake in it and flipping the pancake as you run.

The most famous pancake race takes place at Olney in Buckinghamshire. According to tradition, in 1445 a woman of Olney heard the shriving bell while she was making pancakes and ran to the church in her apron, still clutching her frying pan.

The Olney pancake race is now world famous. Competitors have to be local housewives and they must wear an apron and a hat or scarf.  Each contestant has a frying pan containing a hot pancake. She must toss it three times during the race. The first woman to complete the course and arrive at the church, serve her pancake to the bell ringer and be kissed by him, is the winner.

Like many other European holidays, the Pancake Day was originally a pagan holiday.  Before the Christian era, the Slavs believed that the change of seasons was a struggle between Jarilo the god of vegetation, fertility and springtime, and the evil spirits of cold and darkness.

People believed that they had to help Jarilo fight against winter and bring in the spring. The most important part of Shrovetide week (the whole celebration of the arrival of spring lasted one week) was making and eating pancakes.

The hot, round pancakes symbolised the sun. The Slavs believed that by eating pancakes, they got the power, light and warmth of the sun. The first pancake was usually put on a window for the spirits of the ancestors. On the last day of Shrovetide week some pancakes and other food were burnt in a bonfire as a sacrifice to the pagan gods.

Pancakes are associated with the day preceding Lent because they were a way to use up rich foods such as eggs, milk, and sugar, before the fasting season of the 40 days of Lent:  in many cultures, fasting means no meat, dairy products, or eggs.

Have you ever taken part in a Pancake Day race or do you have any special rituals in your area?  We should love to hear if the old traditions are still being kept up or has health and safety put a stop to such frolics?