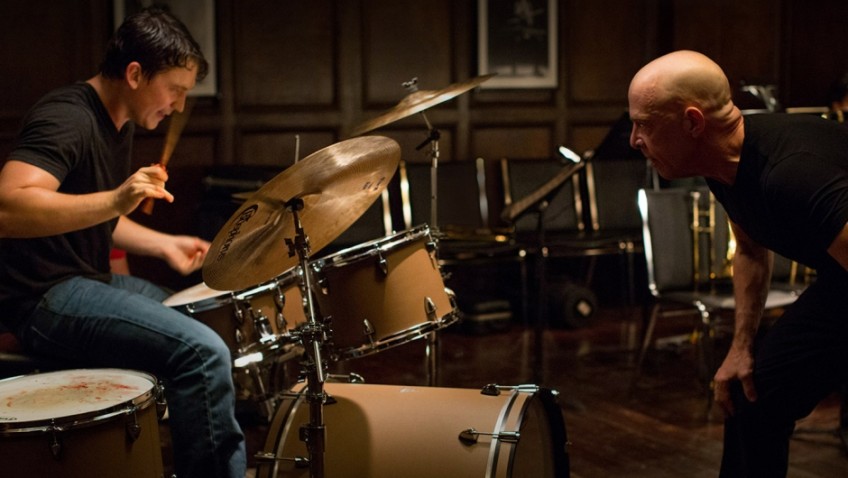 An Oscar-winning performance by J K Simmons in Whiplash

WHIPLASH (Sony). The pupil/mentor relationship is always good for melodrama and even more so when it is as mentally and physically cruel and brutal as it is here. A young student (Miles Teller) at a New York Conservatory of Music is so obsessed with becoming the greatest jazz drummer that he suffers the sadomasochistic rehearsals run by the ruthless conductor, who intimidates and humiliates everybody. Will the student commit suicide, have a heart attack or just walk away?

Would students in these politically correct times put up with the conductor’s verbal and physical abuse. J K Simmons’s monstre sacré, striving for excellence, pushing pupils well beyond the normal limits, is a nerve-wracking figure. The performance is so good you can see why he got an Oscar.  The viewer is totally involved. Damien Chazelle (basing his script on his experiences as a music student) directs at a cracking pace. It was filmed in 19 days.  John Cross’s smart editing won an Oscar, too.