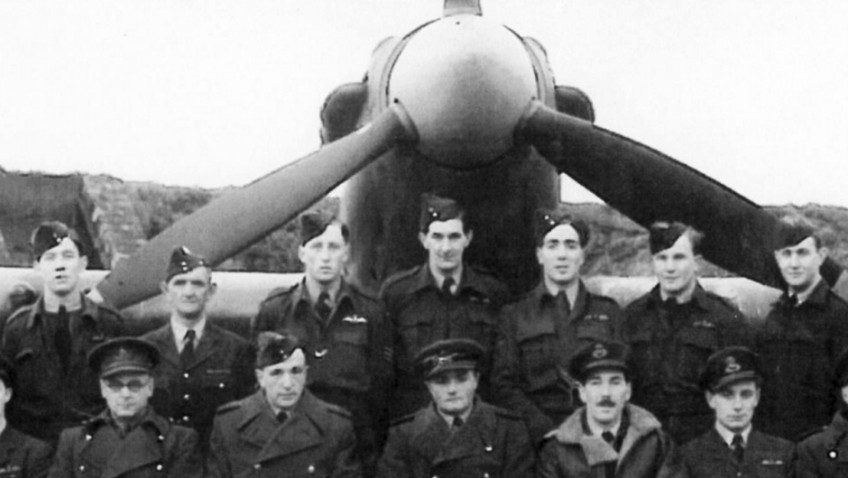 An RAF veteran who spent his career in a Hurricane fighter has finally fulfilled his dream of flying in a Spitfire – at the age of 91.

Neville Croucher joined the Second World War as soon as he was old enough after a German plane sprayed bullets around him on his bread delivery round.

He signed up with 289 Squadron when he turned 18 in 1941 and spent five years as an airman – but only ever flew Hurricanes.

His lifelong ambition was finally achieved last weekend when he was treated to a 45-minute flight in a restored two-seater mark IX Spitfire. 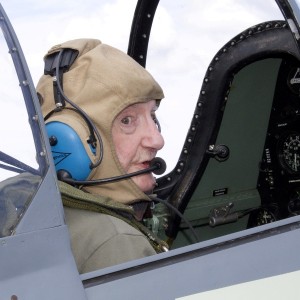 Pilot Dave Ratcliffe took the retired painter and decorator to the air over Headcorn Aerodrome in Kent.

Neville, a grandad-of-one, said: “It was marvellous to go up in the Spitfire after all this time. I really can’t believe I had the chance to do it.

“It was like being in a time machine, it took me back 40 years.

“I had so much fun and he even let me control it for a bit. That was marvellous.”

“It was a dream of mine to be able to do it. It is such a fine aircraft.

“Heaven from heaven I really enjoyed it. That’s where I’m happiest, up in the sky.”

He added: “I was a little baker-boy. I had a bike with a basket on the front.

“When I was riding one day, a German plane came overhead and started shooting at us.

“It was then I thought ‘I’m going to get you guys’ and from then on I wanted to be a pilot.

“But I never got a chance to fly a Spitfire during the war. Every regiment I got posted to only flew the Hurricanes.”

After joining the RAF Neville was based at Turnhouse in Edinburgh, Scotland.

He accumulated 800 hours of flying missions over the next five years and flew all over Europe during the Second World War.

Neville was treated to the flight by Keith Perkins who was launching his new Aero Legends business which offers Battle of Britain aviation experiences in war-planes.

His collection of war planes include Spitfire serial number HFIX TD314, a trio of Tiger-Moths and a Harvard IV 1747.