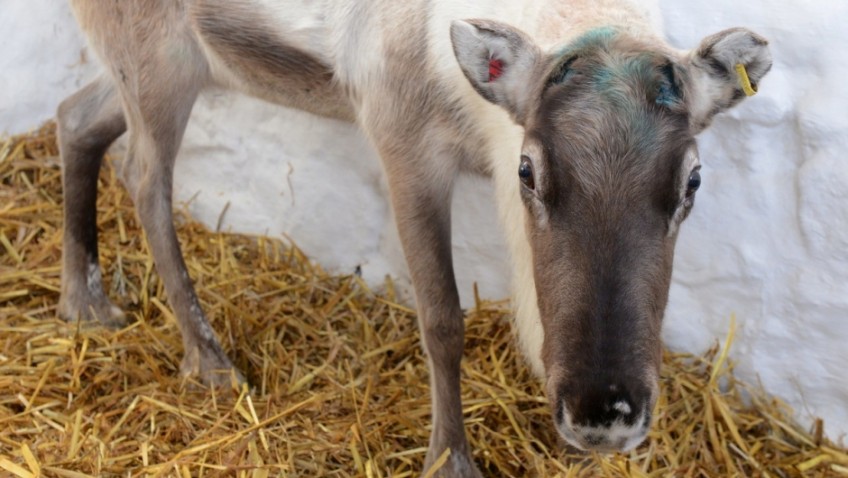 The owners of a Christmas attraction have been left scratching their heads after one of their reindeer shed her antlers just hours before excited visitors arrived.

Blitzen the reindeer was settled into her new temporary Christmas quarters on Sunday night ahead of the grand opening of a seasonal festival.

But by the following morning, just as she was about to welcome scores of families for the festive season, her owner Alison Pye opened the doors to her closure – and found missing her trademark antlers. Alison, who works at Old Holly Farm in Garstang, Lancs., explained that though this is an annual occurrence the shedding had happened a little earlier than expected.

She said: “Father Christmas dropped Blitzen and her daughter Tinker off between us closing and opening, I came in the morning and found her antlers.

“They are here now until January 6 and I don’t think it will stop Blitzen from flying!

“December is a busy month for Father Christmas and we’re lucky to have Blitzen and Tinker.”

The unexpected “gift” of antlers is now attached to the fencing posts outside the deers’ enclosure, alongside a note explaining how reindeer regrow their antlers each year.

An entrance fee of 50p is being charged during the reindeers’ visit.

As well as getting the chance to touch the antlers, visitors can also see an assortment of animals including donkeys, goats, pigs rabbits, chickens and calves. Ian Pye, who works at Old Holly Farm in Garstang, Lancs., where Blitzen lives all year round, said: “We’ve had so many visitors since we opened on Monday and people are really shocked to see a reindeer without antlers.

“I think a lot of people don’t realise that reindeers shed their antlers so they all seem amazed.”