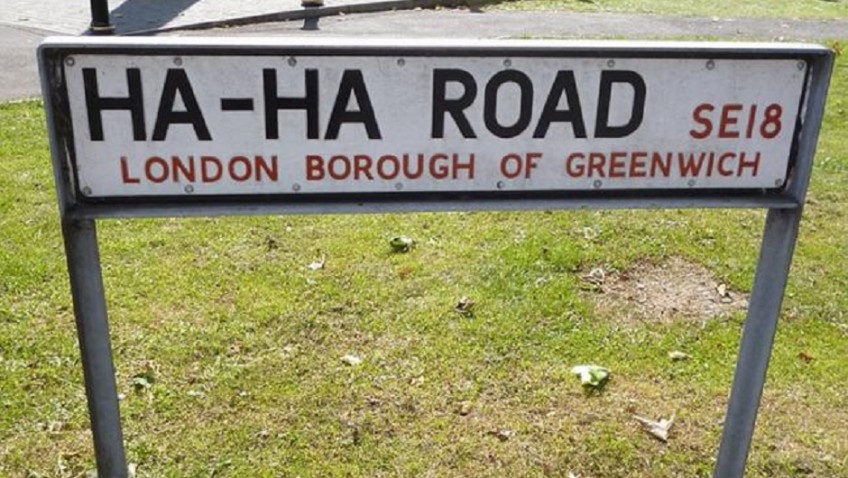 Firstly, in case, like me, you did not know what an odonym is, it actually means the name of a road or street or part of an address.

Because we have a postal delivery system in this country – good old Royal Mail – addresses are very important especially now as so many of us order goods online.

We have some very interesting and amusing road and street names in the UK and I have been doing some research.  Here are a few of my favourites: No Name Street in Sandwich

And there really is a police station in Letsby Avenue in Sheffield!

When is a Road not a Street?

As an ex-postmistress I have always been interested in addresses and am interested as to the difference between the names of thoroughfares. A Street is a paved public road that only appears in a city or town, not in rural areas.

Usually there are shops/stores or houses along both sides of a street which facilitates public interaction.

A Road is a route or way on land between two places that has been paved to allow travel by transport.

Traditionally a road was a way to travel between two points, usually other towns or distant places. Over time, a road that once connected two towns or villages that were close to each other is still called a road even though now those two towns or villages became part of the same larger city. That is why roads are normally long and important routes in a city.

Nowadays you may hear people informally use the word road as a synonym of street. This is fine and people will understand what you are talking about if you use either of the words. A street however normally has shops/stores or houses along both sides of it which facilitates public interaction. A road may also have buildings on either side though its main function is as a transportation route, a way of getting from one place to another, especially between towns. Outside of the city they are called roads.

An Avenue is a straight street (or road) with trees planted along both sides. Avenues are typically wider than streets, sometimes having more lanes and therefore more traffic. An alley is a narrow passageway between or behind buildings. Often there is only enough space for a one vehicle in an alley or for none at all (just for pedestrians).

A boulevard is a wide tree-lined street, similar to an avenue though with a grass median strip (with trees and/or grass).

A close is a short street that ends in a cul-de-sac.

A cul-de-sac is a street that is closed at one end. Sometimes the end of the street has a large round paved area (from above it has the shape of an old light bulb) making it easier for vehicles to turn around and go back out.

A lane is a short narrow street usually without a footpath.

A path is not normally paved and is dedicated to pedestrians, not vehicles.

We also have Mews, Crescent, Way, Place as part of address.

How streets are named and numbered

The address of a property is an important issue as police, emergency services and the general public need a way of locating and referencing properties.

City, borough and district councils are empowered to allocate postal numbers to houses and buildings in their districts, and to name any new road or street.

Every effort is made to include developers in this process by inviting the applicant to submit suggestions of preferred names and possible alternatives. These names and postal numbers will then be brought before council for approval.

And the UK’s 10 most popular street names. Do you have an interesting address or have you come across any?  Share your discoveries with us.