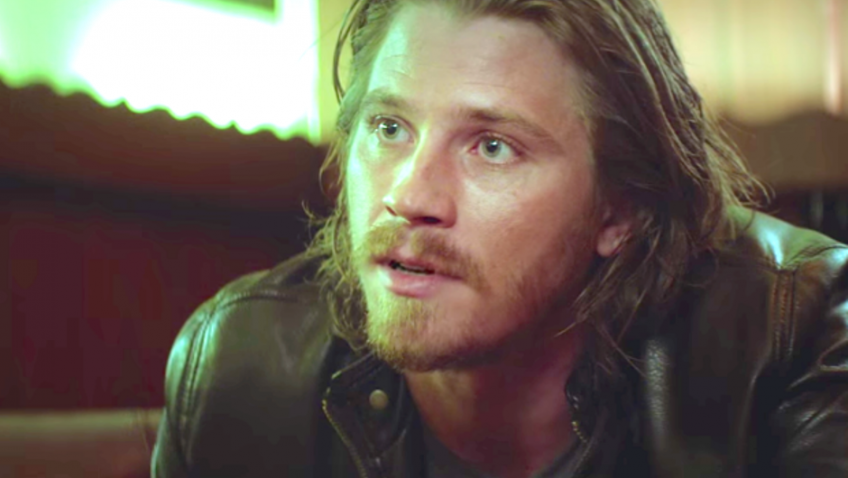 A noir thriller about Hollywood aspirations and delusions

If any film seems like a sure bet for a great Saturday night out, it’s Mojave:  a noir thriller about Hollywood aspirations and delusions starring the handsome Garret Hedlund (Unbroken, On the Road);  the talented, charismatic Oscar Isaac (A Most Violent Year; Inside Llewyn Davis  and written and directed by Academy Award winning script writer William Monahan (The Departed).  There’s even a cameo from Mark Wahlberg as a jaded producer. So what’s not to like? In fact, there’s not much to like about this pretentious and oddly incoherent film.

Thomas (Hedlund), who is some kind of a cinema artist of around 30, (perhaps a writer/director like Monahan) tells an interviewer that he’s been famous since he was 19.  But as Vicki Baum famously says in Grand Hotel, ‘fame just brings loneliness.’  Thomas, who is working on a movie deal, lives alone in a sprawling semi-furnished house in the Hollywood Hills while his wife and child are in England.  But just why Thomas is suicidal is unclear – unless it has to do with the lines he is made to utter in this movie. But he heads for the Mojave Desert where he makes a very half-hearted effort to kill himself.

Drinking coffee by a camp fire the following morning, Thomas is approached by a drifter named Jack overdressed and with a five-day growth. Jack is no ordinary drifter. He is full of philosophical musings and quotes, or misquotes, from Shakespeare, Melville and Bernard Shaw.  Jack is carrying a rifle but reassures Thomas he is not dangerous – at least not with his gun.  It seems Jack is intent on boring Thomas to death with his pseudo intellectual verbal diarrhoea.  When the risk gets too great, and the audience grows drowsy too, Thomas rises and attacks Jack, sauntering off with Jack’s gun.  Unfortunately, Jack recovers.

For the remainder of the film, Thomas and Jack exchange the role of hunter and hunted.  We learn – but a bit too late in the film for it to have much of an impact – that Jack, like so many young dreamers who comes to L.A., is a would-be writer. (This is one of several attempts in the film to satirise Hollywood from the pen of a proud ‘insider’.  Though the scenes with Thomas’s producer (Mark Wahlberg) and agent (Walter Goggins) are well acted, they are too truncated to reveal anything that we haven’t seen before.

The idea should be dawning on you by now that Jack is Thomas’s doppelganger. A bit like Anthony Shaffer’s or Harold Pinter’s Sleuth, minus the wit and the motivation.

Many thrillers involve Sherlock and Moriarty-type cat and mouse games between the good guy and the bad guy:  Inside Man, Catch Me if You Can, In the Line of Fire, Se7en, Manhunter, Silence of the Lambs and the French Connection are all classic examples of the genre.  In all of those films however, there is a good guy and a bad guy.

There is no one in Mojave to root for, nor is the bad guy interesting and clever enough to engage us.  Both Thomas and Jack are shallow, violent men and killers.  If Thomas’s assault is self-defence and his later murder of a law enforcement officer is accidental, he is hardly remorseful.  Jack is an outright serial killer and is not very nice to a little dog either.

In each of the classic cat and mouse films, there is also a reason for each of the antagonists to play the game.  In Mojave you never figure out what that reason is.  Jack has no interest in playing games with Thomas, while Jack squanders so many opportunities to kill Thomas that it’s impossible to square him with the psychopath we have seen at work. Could this be an unlikely ‘bromance’?  It seems that when it comes to Thomas, Jack would rather talk. And, intentionally or not, he ends up talking himself, literally, to death.