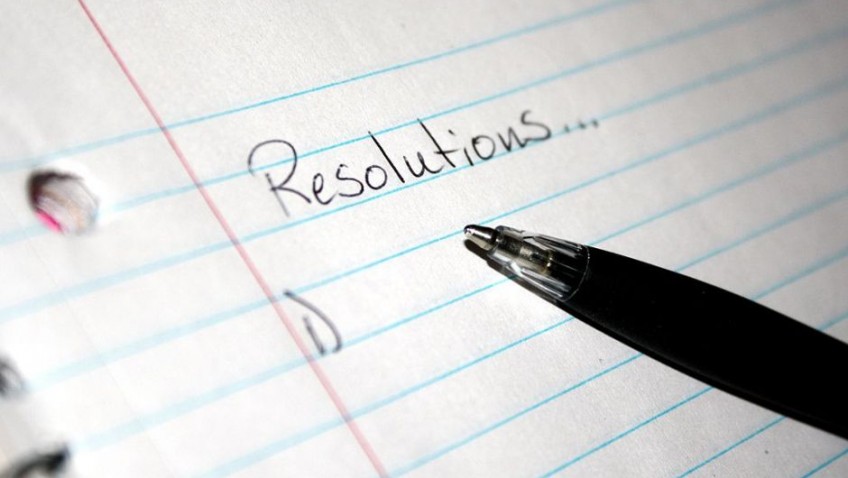 Have you made any yet?  Have you broken any yet? Studies show that almost 90% of resolutions are not kept despite all good intentions. However, we still continue to make them each year and history shows that this is nothing new.

The ancient Babylonians made promises to their gods at the start of each year that they would return borrowed objects and pay their debts.

The Romans began each year by making promises to the god Janus, for whom the month of January is named.

In the Medieval times, the knights took the “peacock vow” at the end of the Christmas season each year to re-affirm their commitment to chivalry

At watch night services, many Christians prepare for the year ahead by praying and making these resolutions.

Other religious have similar traditions. During Judaism’s New Year, Rosh Hannah, through the High Holidays and culminating in Yom Kippur, (the Day of Atonement), one should reflect upon one’s wrongdoings over the year and both seek and offer forgiveness.

The practice of New Year’s resolutions partially came from the Lenten sacrifices. The concept, regardless of creed, is to reflect upon self improvement annually.

Instead of just making vague resolutions about self improvement why not organise a proper plan to stick to and set yourself achievable goals.  If you want to lose weight for example, join a slimming club or group and aim to lose a specific amount within a sensible time scale.  If you want to eat more healthily do some research and organise recipes and your shopping to be able to follow a sensible regime.

Many of the top resolutions are centered around stopping bad habits which is very commendable, but try to include something positive as well; something that should bring joy into your life.

Popular goals include resolutions to:

Lose weight, exercise more, drink less alcohol, stop smoking, get out of debt, be less grumpy and get fit.

Positives include find a new job, make new friends, get a qualification or enroll on an education course, learn a language, or travel more.

And then there are the promises to help others by volunteering for charities, social and community groups and generally giving something back to your local neighbourhood.

Whatever you chose it is important to set achievable goals and not to try and achieve the unachievable.

So how do we do in the success rates – on the whole – not very well!

A 2007 study by Richard Wiseman from the University of Bristol involving 3,000 people showed that 88% of those who set New Year resolutions fail, despite the fact that 52% of the study’s participants were confident of success at the beginning.

Men achieved their goal 22% more often when they engaged in goal setting , (a system where small measurable goals are being set; such as, a pound a week, instead of saying “lose weight”), while women succeeded 10% more when they made their goals public and got support from their friends.

What are your resolutions for this year and how successful have you been in achieving past ones?  We’d really like to hear from you.