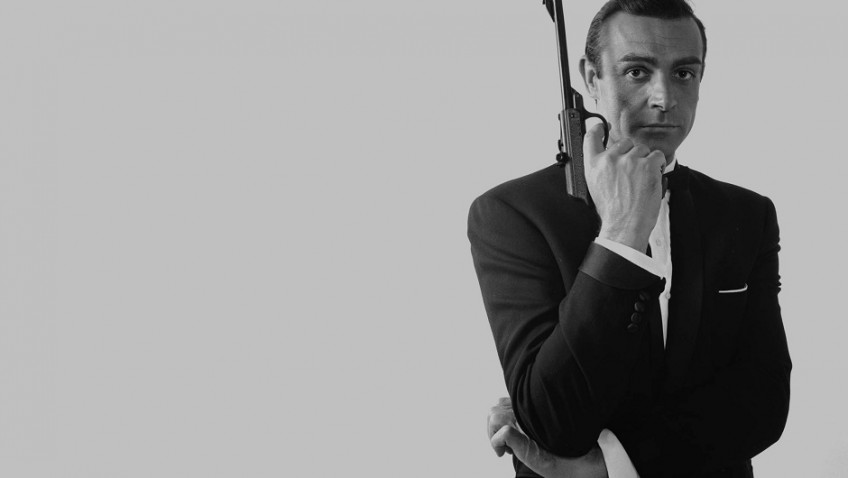 The name is Bond, James Bond

With the recent release of the latest James Bond movie, Spectre, we look at the long history of this mythical man and his evolving persona.

Commander James Bond, CMG, RNR—code number 007—is a fictional character created by the British journalist and novelist Ian Fleming in 1952. The character appeared in a series of twelve novels and two short story collections written by Fleming and a number of continuation novels and spin-off works after Fleming’s death in 1964. Seven actors have played Bond in 26 films.

Fleming portrayed Bond as a tall, athletic, handsome secret agent in his thirties or forties; he has several vices including drinking, smoking, gambling, automobiles and women. He is an exceptional marksman, and skilled in unarmed combat, skiing, swimming and golf. While Bond kills without hesitation or regret, he usually kills only when carrying out orders, while acting in self-defence and occasionally as revenge.

A Secret Service agent, Bond was a composite based on a number of commandos whom the  author had known during his service in the Naval Intelligence Division during World War II, to whom he added his own style and a number of his own tastes.

In 1961 Eon Productions began work on Dr. No, an adaptation of the novel of the same name. The result was a film that began a series of 24 films that celebrated their 50th anniversary in 2012. After considering the likes of “refined” English actors such as Cary Grant and David Niven, the producers cast Sean Connery as Bond in the film. Fleming was appalled at the selection of the uncouth, 31-year-old Scottish actor, considering him to be the antithesis of his character. However, Connery’s physical prowess and sexual magnetism in the role came to be closely identified with the character, with Fleming ultimately changing his view on Connery and incorporating aspects of his portrayal into the books.

Producer Albert R. Broccoli—known to all as Cubby—disagreed with Fleming’s original view, Eon’s choice of Connery was also based on his looks and sex appeal, was  be echoed by Honor Blackman who said, after appearing with Connery in Goldfinger, “He was exceedingly handsome, virile and sexy.”

Following Connery’s portrayal, David Niven, George Lazenby, Roger Moore, Timothy Dalton, Pierce Brosnan and Daniel Craig have assumed the role in twenty-six feature film productions. These screen versions have retained many traits from Fleming’s depiction, although some of Bond’s less fashionable attitudes have been dropped, such as racism, homophobia, and in the more recent films, smoking.

Despite playing the same character, there have been notable differences among the portrayals. Daniel Craig is the incumbent Bond, and played the part for a fourth time in the latest film.

Although James Bond is in his mid-to-late thirties, he does not age in Fleming’s stories. He has not aged in the films but he certainly has cleaned up his act and has cut down on his drinking and smoking but his suave sophistication and action man image still thrills the film goers 53 years down the line.

Bond is famous for ordering his vodka martinis “shaken, not stirred.” In the novel Moonraker, he drinks a shot of vodka straight, served with a pinch of black pepper, a habit he picked up working in the Baltic region. He also drinks and enjoys gin martinis, champagne, and bourbon. In total, Bond consumes 317 drinks in the novels, of which 101 are whisky, 35 sakes, 30 glasses of champagne and a mere 19 vodka martinis.

This is an average of one drink every seven pages. Bond occasionally supplements his alcohol consumption with the use of other drugs, for both functional and recreational reasons. For instance, in Moonraker, Bond consumes a quantity of the amphetamine Benzedrine accompanied by champagne, in order to gain extra confidence and alertness during his bridge game against Hugo Drax; and in On Her Majesty’s Secret Service, he consumes the barbiturate derivative seconal in order to induce a state of “cosy self-anaesthesia” in his London flat.

In Fleming’s novels, Bond is a heavy smoker, at one point reaching 70 cigarettes a day. On average, Bond smokes 60 a day, although in certain novels he attempts to cut back so that he can accomplish certain feats, such as swimming. He is also forced to cut back after being sent to a health farm per M’s orders in Thunderball.

I am surprised he has lived this long, but he continues to thrill us in his latest adventure in Spectre.

Who was your favourite Bond? – Ed.