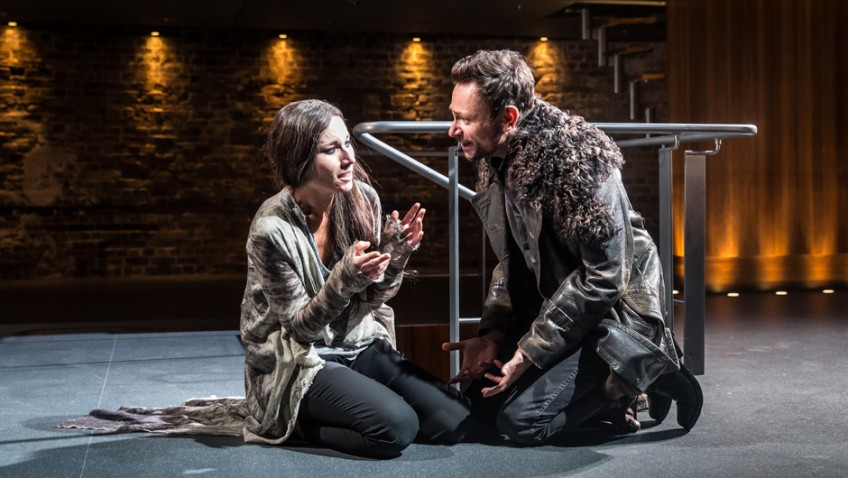 Medea – There is no fury like a woman scorned

Rule Number One is you don’t mess around with Medea, especially if you are her ex. She’s liable to kill your new wife and murder your children.

The role (created for the stage in 431BC) has attracted such actresses as Sarah Bernhardt, Eileen Herlie, Maria Callas, Melina Mercouri, Diana Rigg and Fiona Shaw.

I am not sure why Euripides’s name comes first iBn the programme. Sure, he has written a play about Medea. But then so has Seneca, Ovid, Corneille and Anouilh.

The present play is a new and updated version by 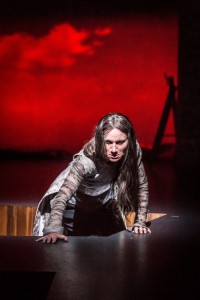 feminist writer Rachel Cusk, author of A Life’s Work: On Becoming A Mother. Euripides is much diminished.

Medea is a writer and Jason is an actor. The chorus of women carry babies in their arms. The production ends in an anti-climax. Medea doesn’t poison Jason’s bride and she doesn’t murder her children.

Rupert Gould directs his wife, Kate Fleetwood. The high spots are the huge domestic rows she shares with Justin Salinger when Medea and Jason are screaming at each other, talking over each other, and ignoring what the other is saying. Both actors are extremely convincing

In the last three years it has been possible to see Neil Bartlett’s touring version set in a small-town estate with Rachel Stirling, a revival of Charpentier’s opera at ENO with Sarah Connolly and Ben Power’s version at the National Theatre with Helen McCory.

It would be nice to see Euripides’s play.