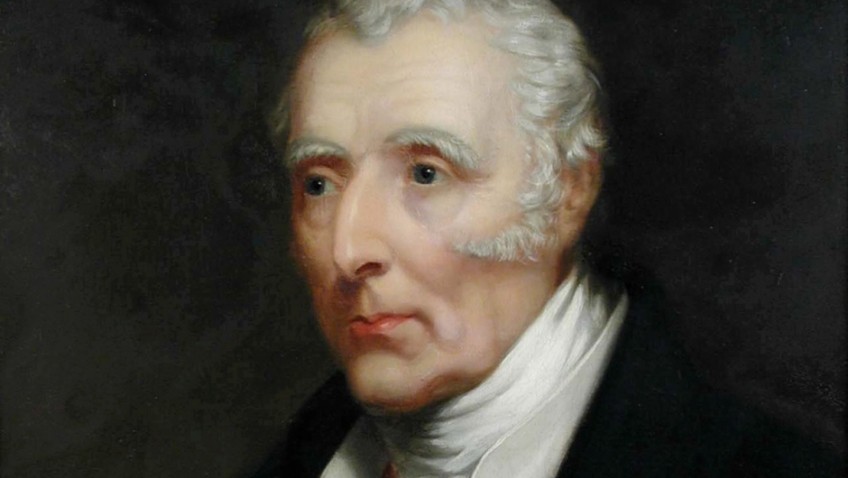 A lock of hair from the Duke of Wellington’s war horse he rode to victory in the Battle of Waterloo is being auctioned – after laying undiscovered for more than a CENTURY.

The historic piece of mane was found in family papers during a clear-out at a stately home.

It belonged to Copenhagen who was the Duke’s mount during the famous battle in 1815, safely carrying him for 16 hours continuously.

Taken from the famous chestnut stallion’s mane, the hair comes with a note of providence hand written on February 12, 1836 by Lord Fortescue.

The heirloom was found recently by one of the Lord’s ancestors Lady Arran at Castle Hill, Filleigh, Devon, where it had remained undiscovered for more than 150 years.

She said: “It is an extraordinary find.

“We are leaving Castle Hill next year and have been doing a lot of clearing out. I found this tucked away in a whole lot of family papers.

“Finding it was a complete surprise.

“It was particularly extraordinary as this year is the commemoration of the 200th anniversary of the Battle of Waterloo.”

Over the years the lock of Copenhagen’s mane has remained perfectly preserved and safely buried amidst piles of ancestral paperwork.

Lady Arran decided to auction the highly collectable item as she felt the family should not hold on to the lock of hair when it could be owned by someone else who would really appreciate it.

She said: “Now seems a good time to find it anew home with someone who would cherish it. 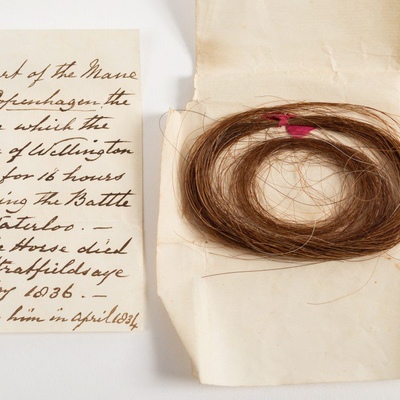 Lock of hair from the Duke of Wellington

“It was in a little envelope with the name of the colonel who gave it to my family – and he was in the Coldstream Guards.

“Copenhagen’s colour was liver chestnut and, apart from the odd white hair ,the colour of this piece of his mane is as vibrant as it was 200 years ago.”

After the Battle of Waterloo the horse continued to be Wellington’s primary steed during the occupation of France.

Lady Arran said that while the horse had a “very good pedigree“, in stature he appeared “little more than a pony”.

An illustrious equine of mixed thoroughbred and Arabian parentage, he was foaled in 1808 and named in honour of the British victory at the Second Battle of Copenhagen.

For a short period he raced in England before being sent to Spain with Sir Charles Vane in 1813 during the Peninsular War.

The horse was then sold to the Duke of Wellington who rode him in a number of battles before Waterloo.

After his war years Copenhagen was retired to the Duke’s country estate Stratfield Saye, Hampshire, and lived there for the remainder of his life before his death in February 1836 at the age of 28.

His grave site is marked with a marble headstone.

The Duke held this feisty steed, which carried him during his greatest victory ,in high regard.

Of his mount he wrote: “There may have been many faster horses, no doubt many handsomer, but for bottom and endurance I never saw his fellow.”

The lock of hair from Copenhagen’s mane will feature in the Antiquarian Books, Maps and Prints sale by Bearnes Hampton and Littlewood in Exeter, Devon.

Auctioneer Richard Bearne said it was “amazing” the horse had survived the battle – and he expected a lot of interest in the item.

He said: “The fact the horse survived and carried Wellington would have put him on a pedestal.

“It is something that has passed down the family through many generations and, with the 200th anniversary of the Battle of Waterloo this year, it is a wonderful opportunity to own something so directly related to such a historic event.”