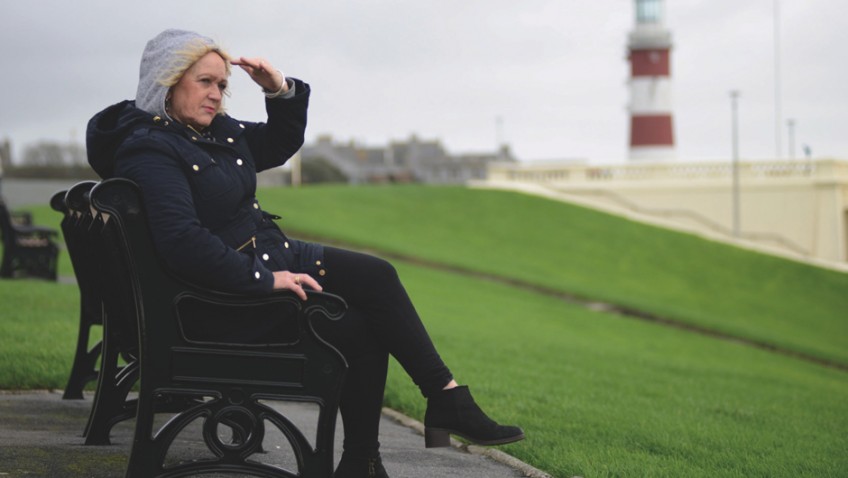 A woman had no idea her family had accidentally starred in one of the BEATLES most iconic pictures – until her daughter recognised them nearly FIFTY years later.

John, Paul, George and Ringo were famously photographed on Plymouth Hoe in Devon when their bus broke down as they filmed ‘The Magical Mystery Tour’ in 1967.

In the background a man and two women sitting on a bench look towards the Fab Four in bemusement as they sit on the grass.

For decades no-one came forward to claim the supporting role until Beatles fan Jean Lightfoot read about plans to recreate the photo with copper casts where they once sat.

She looked closer and realised the trio in the original background were her parents Vera and Wilfred Lightfoot and aunt Phyllis Crocker.

Jean got in touch with the people behind the recreation – and was invited to sit where her family once were.

Jean, a bar and restaurant owner, was so proud her family featured in the original photo she went out and bought posters of the picture for all her relatives.

She said: “My parents and aunty would have been out for an afternoon stroll on the Hoe and must have decided to sit down and admire the view.

“They were in their 60s and would not have had a clue that it was The Beatles.

“The look they are giving in the photograph is a quizzical one – probably because they noticed people making a fuss and I presume there would have been security there at the time.

“They never even mentioned it when they came home.”

Her daughter first spotted the family connection when local historian Chris Robinson wrote a story about The Fab Four’s visit that featured the photo.