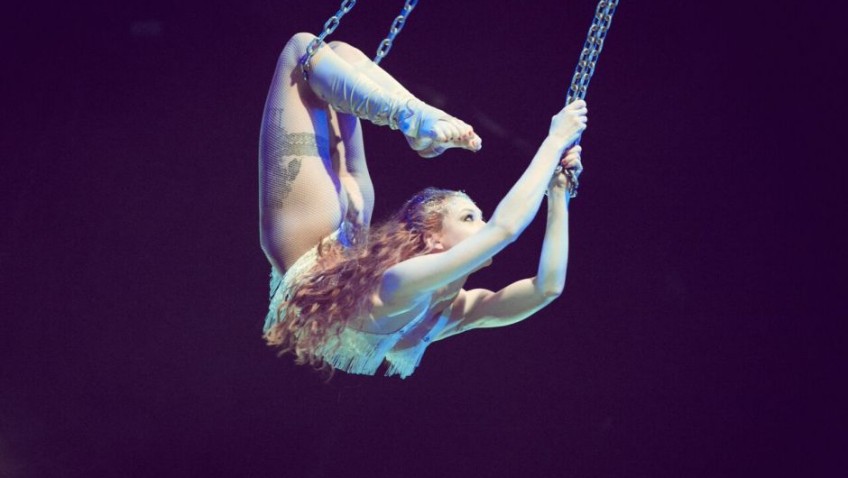 London Wonderground is an attempt to recreate Coney Island. Now in its fourth year, a festival of circus and cabaret acts, aimed at adult and family audiences, has been running since the 7 May and will continue until 27 September.

There are different shows at 7.30 and 9.30 everyday and at the weekend there are also shows in the afternoon. There is plenty to choose from.

One of the most popular shows is the award-winning The Black Cat Cabaret. They take their name from Le Chat Noir, the first modern cabaret club, founded in Paris in 1881, and famous for its satire and anti-Establishment songs.

The present company, founded in 2013, is largely circus-driven.  Their latest show, called Nocturne and compered by soprano Lili La Scala, has some good individual acts.

Aerial performer Bret Pfister, with a sturdy yet supple physique, does some amazing acrobatics within an aerial hoop. His legs in particular are stretched to the very limit and beyond.

Katrina Lilwall eats fire and does dangerous, neck-breaking acrobatics with a harness.

Nathan throws Isis all over the place, up and over and round his shoulders. It’s just the sort of thing you might like to try with your partner in your own home.

The funniest act is the raucous redheaded Abi Collins on roller skates. She also manages to drink from a wineglass perched on her forehead without using her hands.

Nocturne, however, as a whole, isn’t a patch on the production Black Cat Cabaret did last year and the attempts to give the individual acts a story-line are tawdry, ineffective and a waste of time.

Black Cat Cabaret is performing on Fridays in a wooden circus tent right next to Hungerford Bridge and the Golden Jubilee Bridges, seconds away from the London Eye.

The views of the bending River Thames and the London skyline from the Jubilee Bridge are stunning.