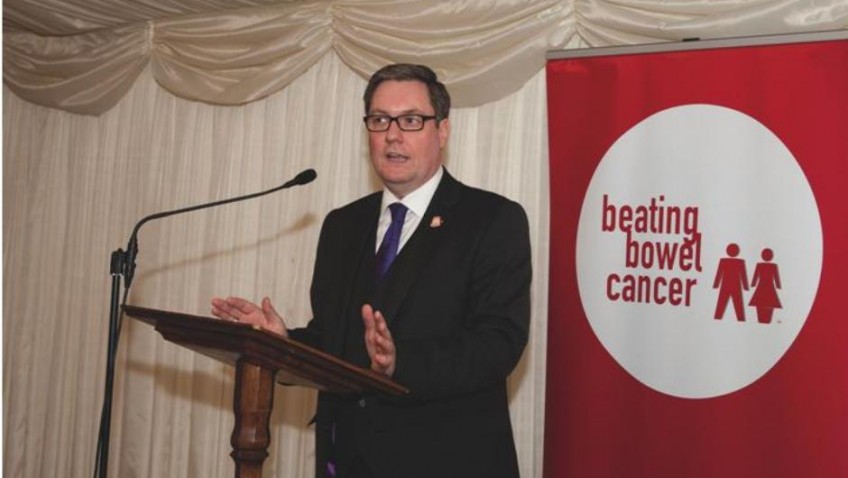 Let’s lift the taboo on bowel cancer to save lives

During Bowel Cancer Awareness Month Mark Flannagan, Chief Executive of the charity Beating Bowel Cancer answers some frequently asked questions about the disease that is often described as the last cancer taboo.

How common is bowel cancer?

Bowel Cancer is the fourth most common cancer but the second biggest cancer killer. Around 110 people are diagnosed with bowel cancer every day, that’s someone every 15 minutes. But despite such alarming statistics, the good news is bowel cancer can be successfully treated in over 90 per cent of cases if caught early. Because so many patients are not diagnosed until the later stages of the disease, when it is much harder to treat it successfully, the mortality rates are high. So we need to do what we can to improve early diagnosis rates.

Most people are very surprised to hear how common bowel cancer is as it is talked about much less than other common cancers, mainly due to the embarrassment many of us feel when talking about anything lavatorial.

Because of this there is far less awareness of the symptoms of the disease. People don’t know what to look out for so don’t get symptoms checked out until much later than they should do.

In addition to this, they will often put off going to the doctors if they have symptoms that they are too embarrassed to talk about; sometimes for months or even years. Early diagnosis will make such a huge difference to their eventual prognosis.

“You can support the campaign simply by talking about bowel cancer – whether it is a chat over coffee about your experience of the disease; inspiring someone to go online and learn about the symptoms; or encouraging someone who is worried about the disease to contact their doctor or the Beating Bowel Cancer helpline.”, says Mark Flannagan.

“In order to improve this we need to get everybody talking about the disease. Twenty years ago nobody really talked about breast cancer and few people knew the symptoms, but now it is discussed openly around the dinner table. We now need bowel cancer to reach that stage when it can be talked about without clearing the room in seconds. The more people talk about it, the more everyone will be aware of the symptoms and what to look out for. And the more open we are about it, the less embarrassed we will be about chatting to the doctor about any symptoms.”

Bowel screening tests are posted automatically to all UK residents registered with a GP, once they reach the age of 60 in England, Wales and Northern Ireland (Age 50 in Scotland).

The test is done over a course of a few days at home and is a quick and effective way of detecting any blood in your stools, which could be a sign of cancer. It also detects polyps, which are non-cancerous growths, but these can develop into cancer over time.

The test couldn’t be quicker and is simple to do. While it may sound a bit embarrassing or unpleasant, it’s so important to put aside a few minutes to do the test even if you feel fit and healthy. Returning your kit as quickly as possible is crucial, as any delay could be life-threatening.

For more information about all aspects of bowel cancer and further advice on healthy lifestyle choices, visit the Beating Bowel Cancer’s website at www.beatingbowelcancer.org

You can also have a confidential chat with one of the charity’s Helpline nurses, on 020 8973 0011 or email nurse@beatingbowelcancer.org.

Beating Bowel Cancer advises people to go to their GP if they have any of the following symptoms for three weeks or more:

•    Bleeding from the bottom or blood in your bowel motions

If you have any of the symptoms above make sure you get them checked out as soon as possible. If you feel embarrassed talking to your GP about anything, you could write everything down and give the notes to the GP.

There is no known cause for bowel cancer.  However a number of factors are known to increase your risk:

•    Any family history of bowel cancer

•    Inactivity, lack of exercise and being overweight

•    If you have diabetes, ulcerative colitis or Crohn’s disease

•   The inherited conditions FAP and HNPCC