Home / LIFESTYLE / Learning to survive on an island with Bear Grylls 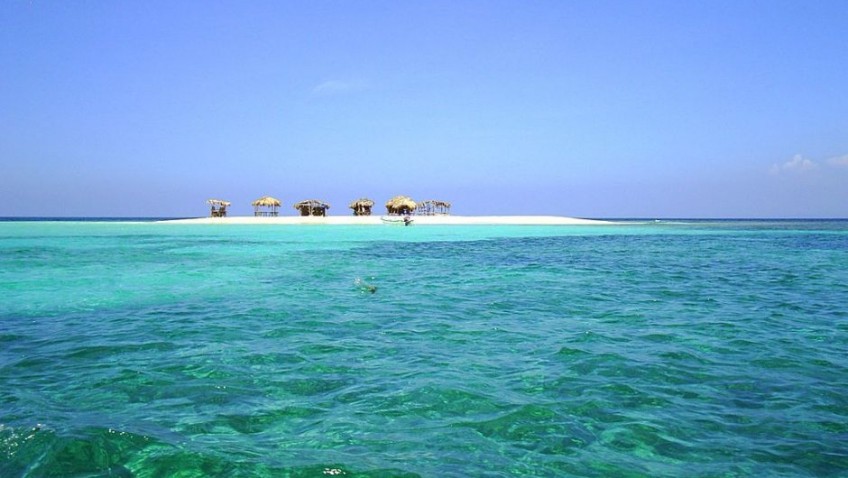 Learning to survive on an island with Bear Grylls

I recently featured in a Channel 4 programme called ‘The Island with Bear Grylls’, a show which saw 13 men dropped on an island in the Pacific for a month – with only a few basic tools and a day’s water.

As Bear Grylls explained in the first episode’s opening minutes, the idea for the programme was about testing the mettle of Britain’s modern man.

My interest was first aroused on the 2nd November 2013 when I saw the following – “Could you survive on a tropical island for 1 month in February 2014, a social experiment to see if modern man without any of today’s modern trappings and every day comforts can return to his hunter gatherer instincts?”

Having survived for 70 years, I thought why not?  February in Yorkshire can be a month of pretty dull weather and a new challenge would be good. Although I did question whether at my age I could be considered as a modern man, I completed and submitted the application form.

I didn’t mention my application to my wife who was surprised when she received a phone call from the Casting Director of Shine TV asking to speak to me. A telephone interview followed and then an audition in Manchester and many visits to London.

There were numerous meetings with Shine TV personnel, disclosure checks, plus specialist psychological interviews and medicals with my GP and dentist supplying reports. Since it was expected that the 13 men would film themselves on the island, I also had 2 days camera training on Primrose Hill, London simulating a beach on a tropical island!

Throughout this selection process no information was supplied as to the location of the island and who the other applicants might be. All I was told was that it was not an elimination type programme and as I progressed I would be drip fed with information on a ‘need to know basis’.

What was made clear to all the applicants was that there was to be no payment if selected and no comments about the programme were to be posted on social media websites.

As November and December moved on, camera crews visited my home in Yorkshire for my ‘back story’.  Initially whilst my wife was concerned about what might be the intrusion into our private lives, she was supportive, so with her and the family behind me and my grandchildren involved and excited about their grandpa possibly going on a big adventure, I was increasingly keen to proceed.

At the beginning of January I heard that I had been selected as one of the 13. At last I was informed of the location and that the island was in the Pacific Ocean off Panama. I envisaged the beach, white sand, azure sea, palm trees, tropical fruit and running water. Communal living with another 12 blokes who I had never met was not a problem to me and I eagerly anticipated what lay ahead.

My family was a little worried, as was I, given that at 70 I was hardly in my prime and also that once on the island there would be no communication with the outside world. I was told that I would only have the clothes I stood up in and all I would be allowed to take with me was just one photograph which was one of my grandchildren I kept tied to my wrist.

On 28 January I flew to Panama City. The next morning I boarded an ancient small aircraft to Contadora Island for 3 days acclimatisation, first aid and survival training with Team Bear Grylls. Contadora was everyone’s idea of Paradise and bore no resemblance to what was to come.

On Saturday 1st February along with the 12 other younger men, who up until then I had not been allowed to meet and speak to, I found myself further into the Pacific in a boat driven by Bear Grylls. We sailed to what looked like from a distance, another paradise beach: how wrong this was.

We landed in a mangrove swamp, with a temperature of 40 degrees and the tide rising fast. I asked myself what the hell was I doing here and as I looked at the faces of my companions; I could see they were feeling the same.

Surviving on the island was tough. As one of the men has described, it was an unforgiving environment where a mistake could cost you dearly. The heat was unrelenting, food and drink was a big issue, we had to forage for food catch and kill it. Our diet was limited to fish, coconuts and snails and one small crocodile. The water we drank was brown, rank and warm.

We all lost a lot of weight and I came home 15 kgs lighter. It was a return to a basic existence, a group of men previously unknown to each other making the best of things. However, on a positive note there is no more effective way of getting to know someone, to reflect on life and appreciate what we have and this was certainly the case on the island.

The worst part was after 5 days – hungry, cold at night, too hot in the day, dehydrated, but most of all missing family and home. That said there were many high points pre, during and post island. I was with a great bunch of blokes, all very diverse with varying skills and personal attributes and with different reasons for being there.  I learned a lot from them.  Would I do it again?  The answer now is a resounding “Yes”.

If you wish to find out more about The Island visit the Channel 4 website.

Featured image Paradise Island just off the coast of the North Domincan Republic coast courtesy of Ronald Saunders on www.wikimedia.org