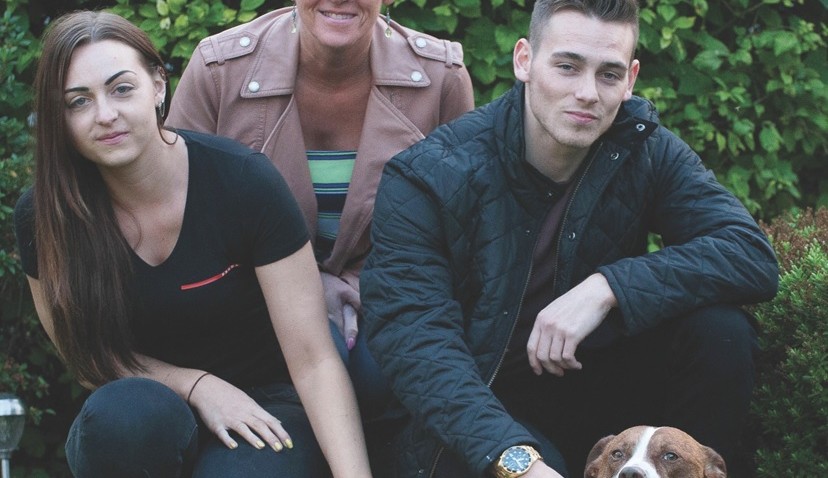 Eight-year-old Kenny had been a resident at a Blue Cross rehoming centre since February last year.

But Kenny landed on his paws last month when he was rehomed by a family whose dog had recently passed away.

Kenny a Staffordshire bull Terrier who was overlooked for more than 500 days by more than 13,000 potential new owners has finally been adopted.

David and Ann Broadfield, from Walton on the Hill, Staffs., heard about Kenny’s plight and offered to give the lonely dog a forever home.

“A friend emailed me a link to Kenny’s story and although it was so soon after losing Murray, we knew that we couldn’t walk away from him.”