Home / NEWS / BLOGS / How to cope when your pet dies 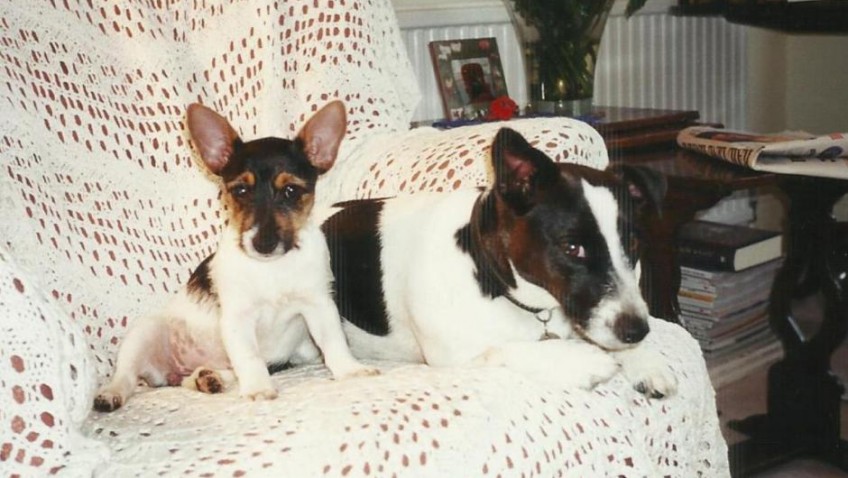 How to cope when your pet dies

When one of our friends or family dies it is normal to have a church service, watch the coffin being lowered into the ground and then all of the mourners go to a wake.

Some people feel terrible grief which can last for months or years.

Each individual mourns differently and in their grief is understandable. Some often visit counsellors to help them through their pain.

When I was a child if our dogs and cats died a new kitten or puppy would soon cheer us up.

We had a variety of dogs ranging from a Pekingese, Mongrels, Jack Russells, Spaniels and a magnificent Great Dane called Hamlet. Unfortunately Hamlet was attacked in the park by two Alsatians and he lost his gentle ways and became very aggressive.

Our parents decided to have him put to sleep as there were always lots of children in the house and were frightened he might attack one of them. I remember vividly mother taking Hamlet off to be put down.

She returned from the vet ashen faced. After a large brandy she declared it was one of the worst things she had ever done in her life. We all thought she was being silly, but now I know exactly how she felt.

When I left home I couldn’t have a dog because it would be alone all day. I can’t believe the amount of people I have come across who do just that, and the poor dog suffers. Why did they want one in the first place?

When I got married I was able to have a dog, so Jessie came into my life. She was a black and white Jack Russell who had one ear up and one ear down. Everyone loved her, she had a very gently nature for a terrier.

When I got Juba, another Jack Russell I bought a bed for her and we retired for the night. In the morning I found them both in the same bed with Jessie’s leg across Juba!

Jessie was a very special dog, she understood my moods and like all dogs she gave me unlimited love, loyalty and a lot of laughter. She was very protective of me and little Juba who was always a bit scared of other dogs.

Jessie didn’t turn a hair when we uprooted ourselves and moved to France. We lived on a virtual building site, but she and Juba weren’t bothered at all. As long as I was around, they were happy as we all sunbathed.

Sadly when we came back to England Jessie started having fits and one night she had another one that was so bad she bit me, something that she had never done before.

I rang a friend who drove us to the Vet. He told me very gently that she had a tumour on her brain that could burst at any time, and the kindest thing I could do was to put her to sleep.

As the vet shaved her leg for the fatal injection she turned around and licked me on my cheek as if to say “I love you Mum”. The vet very kindly left us alone for ten minutes.

I cradled her and talked about all the good times we had together. How she loved my socks and would steal one and run around the garden with it firmly in her jaws. The long walks we enjoyed together, how I used calm her down because she was so frightened of fireworks how much I would miss her and how much I loved her.

All the time the tears poured down my face and I am crying as I write this and it is nine years ago that Jessie died.

I could hardly write the cheque for the vet’s fee. Luckily my friend chose the urn for her ashes; I couldn’t because I was outside sobbing. When we got home my brother had hidden her bed and toys because it was so upsetting for me to see them without her.

When I got her ashes I took them to the park and my friend, who we always met in there, said a little poem to her and again I was crying. I could not walk Juba for two weeks as every time people asked where Jessie was I burst into tears again.

I tried to find a counsellor who dealt with people who had lost a dog or cat. I needed some help because my friends and family could not understand why I was so upset and would say pull yourself together, it’s not normal to mourn for a dog.

She may well have been just a dog to them, but to me she was my best friend.

I wanted to throttle them all. I can understand that it gets a bit boring hearing the same old story over and over again, but that is part of the healing process. It is a way of dealing with the death of beloved humans and pets.

Poor Juba was lost without Jessie, her friend and protector. Juba is now 13 years old and when she dies I shall grieve all over again. She is slowing down and has really bad cataracts and her teeth are falling out, but the vet won’t operate because of her age.

She is also going deaf and our walks are getting shorter. She follows me around the house as if she is frightened that I will leave her. I have had to find a dog sitter as she now hates being left alone and I have found a fabulous chap who she really likes.

As long as she is warm and comfortable and given her favourite food she is happy.

Some people tell me that when Juba dies I must get another dog because I have never lived without one. I can’t even think about that, at least not for now.

I never did find a counsellor who specialises in the death of pets, I wish I had.