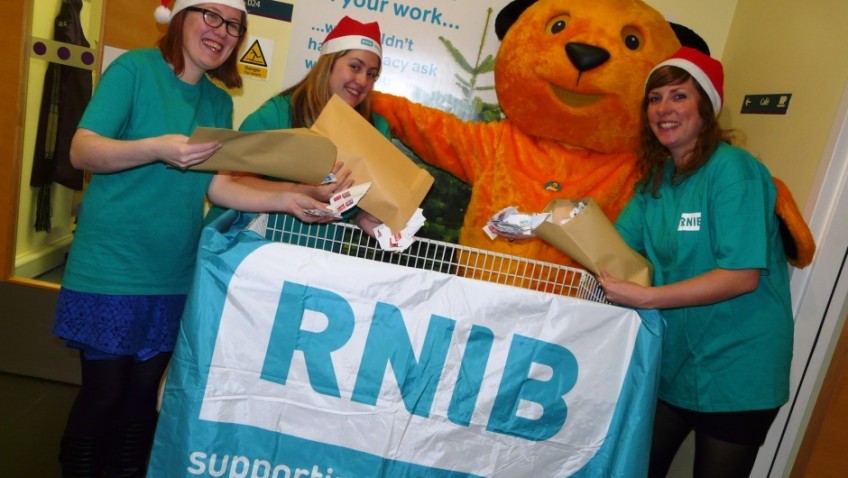 As December finally arrives, postbags up and down the country will be straining under the weight of millions of Christmas cards and parcels. With that in mind, sight loss charity RNIB is calling on the nation to save their used stamps to help raise vital funds.

The charity wants the nation to help it deliver ‘first class’ support services by donating their used stamps to support the two million people in the UK living with sight loss.

Last year’s appeal raised over £24,000 to help RNIB provide a range of services including the RNIB Helpline, Talking Book Service and the Emotional Support service for newly diagnosed blind people. More than £100,000 has been raised since the first appeal over 20 years ago thanks to millions of stamps donated by the British public.

RNIB receives £7 per kg for British stamps and £15 for foreign ones. The value of each individual stamp does not matter –what is important is volume and weight to be converted into much-needed cash. There are 6,000 stamps per kg so every single stamp counts.

“Any amount of used stamps, large or small, is appreciated and will really go a long way to helping RNIB deliver its vital services for blind and partially sighted people this Christmas and throughout the year.

“Getting involved is easy – so there really is no excuse not to get stuck in by sending us your unwanted stamps.”

Why not get family, friends and work colleagues together to save and send it stamps? Make sure all stamps have a half to full centimetre of space cut around them before sending to: RNIB, PO Box 6198, Leighton Buzzard, LU7 9XT.

For more information about sending in your stamps or to get involved collecting them in your area contact Terri on rnibstamps@rnib.org.uk or call 0845 345 0054.