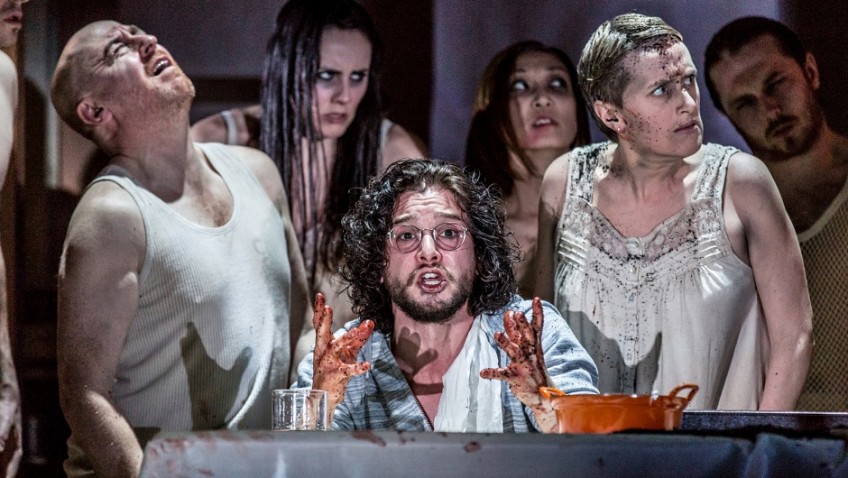 Why, this is Hell, nor am I out of it

Christopher Marlowe’s classic enactment of sin and damnation, seen through the cynical eyes of an atheist, was written in an era when audiences would have taken Hell very seriously indeed

Many years ago I saw a production in which Hell caught fire and had to be put out by a fire-extinguisher, which, while pretty encouraging for all the miserable sinners in the audience, tended to undermine the grand finale somewhat.

Those who have seen what Jeremy Lloyd has done recently with the plays of Shakespeare, Pinter and Genet will expect him to give Marlowe the once-over for a younger audience who might not otherwise come to the theatre. 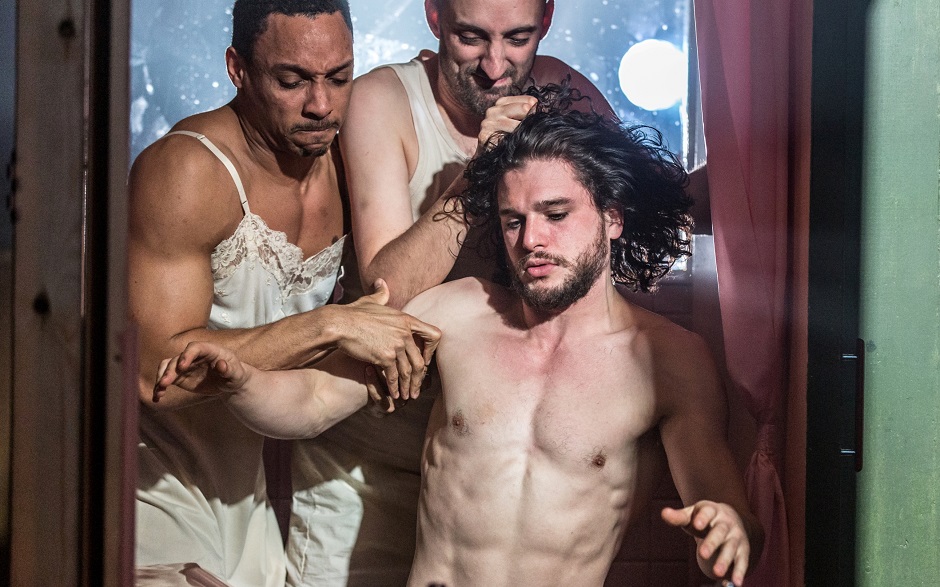 Lloyd has opted for a modern adaptation by Colin Teevan which gets rid of the banal central section, which most people don’t think Marlowe wrote anyway.

But what Teevan puts in its place is not an improvement.  Faustus now sells his soul to the Devil to become a celebrity, a pop star, a guitarist and an illusionist.

Kit Harrington’s popularity in Game of Thrones is good for the box-office. But his Faustus does not age or get tired or get overweight; he has the same trim body and flowing locks throughout an action which is spread over a 24-year period. He never becomes a tragic figure and his final scene lacks power.

It doesn’t help to have Mephistopheles played by a woman. The production is chaotic and crude. The supporting cast of fallen angels perform in grubby underwear, a singularly unpleasant sight.

Tom Edden is allowed not one but two over-the-top solo acts. The first is when he plays all seven of the Seven Deadly Sins and then when he hams it up as the Duchess.

Kit Marlowe is much diminished.