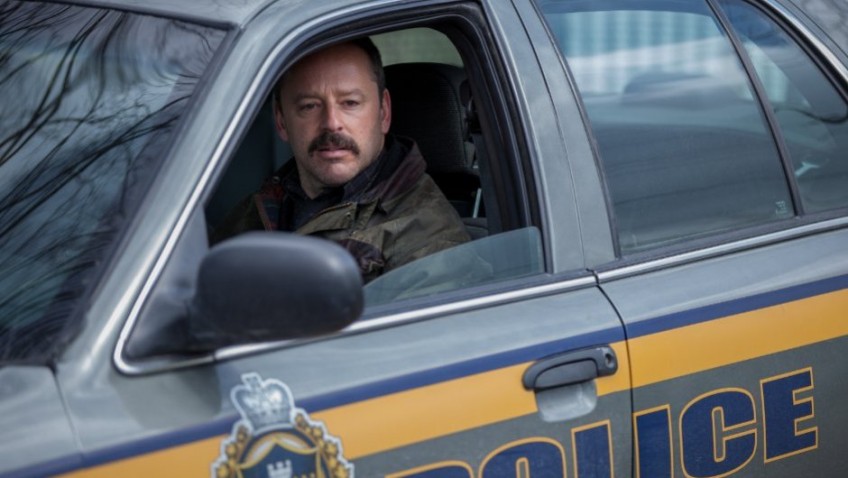 A hard-drinking cop thriller in The Calling

Given our appetite for the genre, it isn’t surprising that Jason Stone’s film The Calling is yet another macabre police procedural, featuring yet another single, hard-drinking cop and based on yet another thriller (this time, by Canadian author Inger Ash Wolfe).  What is unusual is that the theme is euthanasia gone mad and that the average age of the lead cast – Susan Sarandon (68), Ellen Burstyn (81), Donald Sutherland (79) Christopher Heyerdahl (51) and Topher Grace (36) – is 63.

If Academy Award nominated Brenda Blethyan, 68, could be cast as police detective inspector Vera at age 64 when the Metropolitan Police Force’s mandatory retirement age is 60, then surely Academy Award-winning Susan Sarandon, also 68, can have a go. After all, less obvious choices for female detective, such as Sandra Bullock and Melissa McCarthy were unleashed on us in The Heat, and age is only an obstacle in real life.  As it happens, Sarandon (who played McCarthy’s grandmother earlier this year in Tammy) is a lot more convincing as police detective Hazel Micallef than is Scott Abramovitch’s script.

Hazel, who lives with her mother Emily (Ellen Burstyn, 81) in a small town in Ontario, Canada, might be above retirement age and have a bad back, but police work is not very demanding.  Fort Dundas is a small, sleepy town that is so unprepared for a murder that Hazel’s boss ridicules her well-founded belief that they have a serial killer on their hands.

Delia Chandler is found horrifically murdered in her house with no signs of forced entry.  It not long before Hazel, and her colleagues Ray (Gil Bellows) and new rookie from Toronto Ben (Topher Grace), have a few grizzly murders on their hands.  Hazel knows they have a serial killer on their hands, but, true to the genre, her boss insists that the killer does not fit the profile. He has to come round when he realises all of the victim’s faces have been moulded into ghastly open-mouthed screams, which would require the killer to hold the mouth open for an hour after death.  Hazel’s investigations focus on uncovering a more fundamental link between the victims in order to prevent more deaths.

Meanwhile, a kind-eyed, bearded man named Simon (Christopher Heyerdahl, 56) walks into the local diner and convinces the single-mother waitress that he can cure her daughter.  Heyerdahl is so chilling that he turns this into the best sequence in the film

After a series of mediocre films in which she plays the mother or unappreciated housewife, Sarandon revels in her meaty character role, and just manages to convince us that she will resist vomiting at the scene of the crime. To be fair to Hazel, unlike most hard-drinking male cops, her dependence on prescription pills and booze is due to a bad back, not screwing up on the job.  But in a throw-away line that comes too late in the film to carry any emotional weight, Hazel mentions another, much darker reason for her pain.

The Calling is engrossing and well-acted, but the script is so outlandish that we cannot take anything seriously.  To say more would be a spoiler, but suffice it to say, arcane biblical references and religious fundamentalism are once again linked to psychotic behaviour.  This is also one of those films where officers enter a dangerous suspect’s house by themselves with no backup and where the local priest, Father Price (Donald Sutherland, 79), is an expert on a cult of early Christian mysticism that requires sacrificial victims.