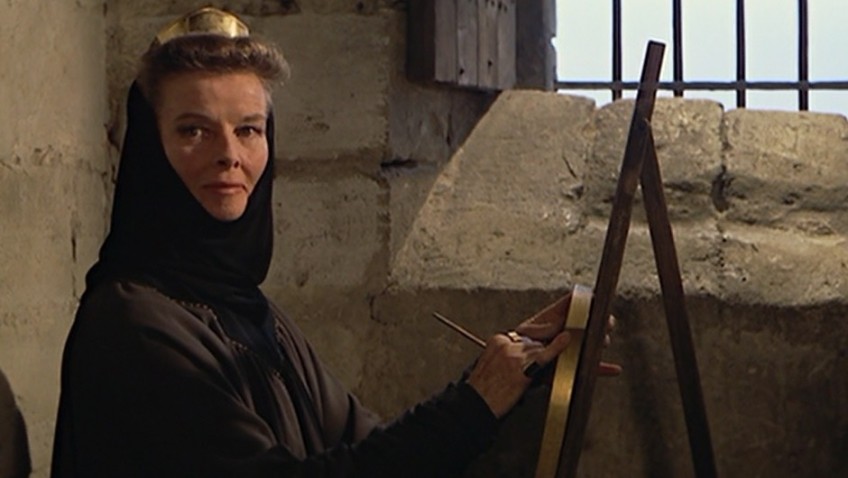 THE LION IN WINTER (StudioCanal). It is Christmas in Chinon in 1183 and a royal game is being played out: who is going to be king when aging King Henry II dies? Richard? John? Geoffrey? James Goldman’s cod-history, a double, treble crossing behind-the-arras intrigue, is a camp mix of melodrama, high comedy, flippancy and bathos. The overblown dialogue is often absurd and director Anthony Harvey is uncertain where to put the actors within the frame and the staging is often awkward. Peter O’Toole is the volatile Henry II. Katherine Hepburn won the Academy Award for Best Actress for her performance as the scheming Eleanor of Aquitaine. Anthony Hopkins is a gay Richard, the future Lionheart, who in love with Timothy Dalton’s handsome King Philip of France. John Castle is smooth, cold Geoffrey. Nigel Terry is a pouting, cretinous John. All the actors behave as if they were on stage, goading each other to further histrionic excesses.

THE CLAN (Artificial Eye). Democracy heralded a new era in Argentina in the 1980s but there was still enough corruption in high places, and links to the 7-year brutal Junta dictatorship, to protect the notorious Puccio family, who kidnapped the rich for ransom money[ and once the money had been delivered they killed the hostage. This shocking and disturbing crime thriller, directed by Pablo Trapero, concentrates on the relationship between father (Guillarmo Francella) and his son (Peter Lanzeli), a weak, not-too-bright National rugby player. The rest of his family turn a blind eye to the screams of the victims in the cellar. The white-haired, the dead-behind-the- eyes Francella (well known in Argentina as a popular comic actor) is a chilling, ruthless, ice-cold lizard, totally confident that he is above the law.

THE ELECTRIC HORSEMAN (Odyssey) was directed by Sydney Pollack in 1979. A former champion rodeo rider, drunk and on the skids, has signed up to advertise breakfast food in a Las Vegas floor show when he discovers the horse, for which the corporation has paid 12 million dollars, has been tranquilised and sterilized. He determines to set it free and rides off with it, hotly pursued by the ad-men, the cops and a TV journalist. It could have been a screwball comedy. It could have been a Frank Capra satire. It could have been an exciting thriller. It opts for sentimental romance. Robert Redford and Jane Fonda star. He’s the cowboy in the electric suit. She’s the TV journalist in high heels in the Nevada Desert.