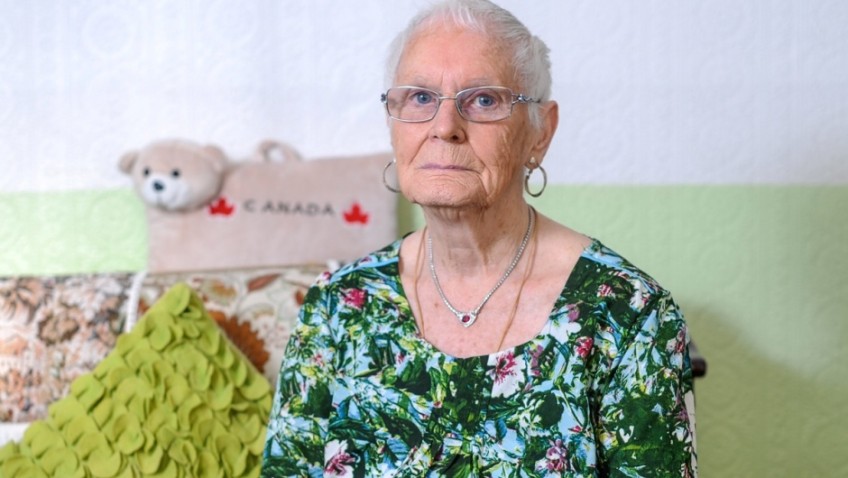 An elderly widow told yesterday how she was charmed by a conman who fleeced her out of her life savings – then claimed she had a GAMBLING problem when friends became suspicious.

Audrey Jameson, 82, was targeted by callous builder Sean Donohoe, 30, who befriended the trusting pensioner in 2007 before swindling her out of £28,500.

The heartless crook persuaded the pensioner to change her will in his favour and secretly opened two life insurance policies on her with himself named as the beneficiary.

Donohoe eventually gained access to Mrs Jameson’s bank account and fleeced the retired shop and factory worker out of the majority of her life savings.

He was rumbled when the Department of Work and Pensions (DWP) discovered her accounts were overdrawn and social services were called.

Donohoe, of Tamworth, Staffs., admitted a charge of theft and another of fraud and was jailed for 21 months at Birmingham Crown Court on March 25.

Yesterday, Mrs Jameson told how the cruel trickster branded her a gambling addict when worried friends became suspicious of their friendship.

The pensioner, who lives on her own in Tyseley, Birmingham, said: “Sean came across as the nicest guy in the world, someone who wanted to look after me and care for me.

“At first he was a gentleman. I had just lost my husband and I had got no family so there was nobody I could turn to and he took advantage of that.

“We got to know each other as the time went on. It was unbelievable how he talked me into it all, he was very clever and sweet. Or so I thought.

“All along he was taking money from my bank account and plundering my life savings.

“My husband and I had been so careful with our money all our life, but now it’s all gone.

“Sean was a charming man. He took me out for meals, ran me up to the local dance club and rang me almost on a daily basis to see if I was okay.

“I trusted him so much that I gave him my pin number to my bank account. Looking back it was a silly thing to do but he had gained my trust.

“He preyed on my loneliness. He knew I had no children, no family and saw an opportunity to take advantage. It has broken my heart.

“He was telling everyone the money was being frittered away because I was gambling it.

“He told my friends I had taken £3,000 out and spent it on gambling in betting shops.

“The girls were a bit dubious but of course I wouldn’t believe them because I thought never in a million years would he do that to me.

“But after we had been out for a meal he would often pull up his car and nip in to the bookies.

“He was putting the blame on me because the money was running out.

“He also used some of it to buy himself a second-hand car.

Mrs Jameson first met Donohoe after spotting his builder advert in a directory she picked up in her local church.

He was employed to carry out work on her kitchen and put in a new shower in the bathroom but spotted an opportunity to befriend the lonely pensioner.

The court heard when he was arrested Donohoe was found in possession of four credit cards and had 57 pages of documentation in the widow’s name.

But when Mrs Jameson’s friends at the local dance club became suspicious, he told them he had to take control of the pensioner’s money because she had a gambling problem.

In reality, Donohoe blew the cash on gambling as well as a trips to Tamworth’s Snowdome indoor ski slope and shopping at HMV and Argos.

Mrs Jameson, whose husband Walter died of a heart attack 10 years ago at the age of 84, said she now faces an uncomfortable retirement.

She added: “It’s heartbreaking. I don’t know what my husband would say if he was here, but he would be devastated.

“I was sucked in by a charming conman without even realising it and what has happened has really affected me.

“He said he was like a nephew to me but he got so greedy in the end he started to draw a lot out and that is when he got found out.

“I suffer from depression now and this has taken 10 years off my life.

“Now I just want other vulnerable women in a similar position to me to be aware of the signs and to look out for people like Sean Donohoe.”

“Because of your behaviour towards her she absolutely trusted you with her financial affairs.

“You abused that trust. You did so in every conceivable way.”

Nicholas Berry, defending, said Donohoe was suffering from anxiety and depression and had got into a financial mess through gambling.

He added: “He was spiralling into debt and owed his father a lot of money. At that time, quite clearly, he saw the opportunity to fleece the victim in an appalling manner.”