Home / LIFESTYLE / Give RAF museum project its chance to shine 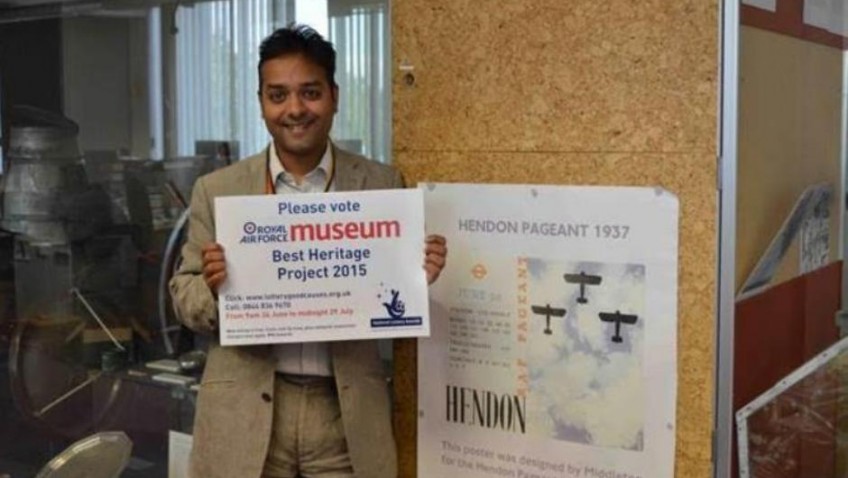 Give RAF museum project its chance to shine

The RAF Museum is appealing for local votes as it strives for nationwide acclaim on BBC One in this year’s National Lottery Awards for its First World War in the Air project.

The project beat off stiff competition from 620 organisations to reach the public voting stage in this year’s National Lottery Awards – the annual search for the UK’s favourite Lottery-funded projects.

The Royal Air Force Museum’s popular First World War in the Air gallery brings to life the compelling stories of the people, innovations, engineering and aircraft of the Great War. 37,000 people have visited the exhibition in the last six months, with thousands more accessing information on the Museum’s websites.

“We’re delighted to have reached the finals of The National Lottery Awards. National Lottery money has really helped us to engage thousands of people with the story of the First World War in the Air. It’s easy to vote, so we’re hoping people will support us as it would be a fantastic reward for everyone involved in the project – our staff, volunteers and local community – to receive national recognition for their hard work.” TV star and actor John Barrowman will be presenting the National Lottery Awards for the fifth time this year. He says:

“The exceptionally selfless work carried out by National Lottery Awards finalists never fails to astound me. Their work deserves to be celebrated nationally; the community spirit, social cohesion and compassion.”

“It is crucial that you show your support for your local project so it can get the national glory that it richly deserves. National Lottery players should swell with pride that £34 million of Lottery funding is raised every single week for projects like this across the UK.”

To vote for First World War in the Air, please go to www.lotterygoodcauses.org.uk/awards or telephone 0844 836 9670 and follow the campaign on twitter: hashtag #NLAwards. Voting runs for five weeks from 9am on Wednesday 24 June until midnight on Monday 29 July.