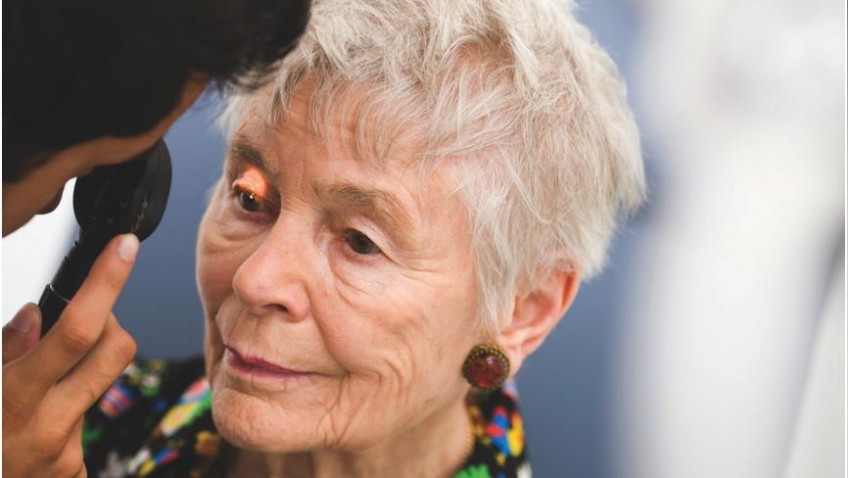 A year ago Patti Crocket realised her vision was getting worse. Although she had worn glasses for many years, her sight had deteriorated rapidly over the past 12 months.  She suffered from blurred vision, glare and dazzle, which could not be corrected by glasses or contact lenses.

Driving in the dark became a nightmare,” said Patti.  “I tried to avoid it whenever I could but my journey home from work takes an hour and it was a problem on dark winter nights.  I would see halos around lights and had to squint to focus my eyes.  I thought it was just my sight deteriorating naturally and put it down to my age.”

Patti, 53, who lives in Ackworth near Wakefield, has been a type 1 diabetic for 30 years.  Diabetes can affect eyesight and at her annual retinal screening it was discovered she had bilateral cataracts – a clouding of the lens, which causes foggy vision and glare in bright sunlight.

“I was shocked when I learned I had a cataract in each eye.  I had no idea that this was what was causing my vision problems.  I associated cataracts with people in their 60s and 70s but I was told they might be linked to my diabetes.” She was referred to Mr Timothy Dabbs, consultant ophthalmologist at Spire Leeds Hospital and had two separate cataract operations under his care.  The first, on her right eye was done in February 2016 followed by the left eye two weeks later.  Since then her eyesight has improved considerably – she now has normal 20/20 vision restored.

Patti, a private patient adviser at Spire Leeds Hospital, and a keen artist and photographer in her leisure time, said, ’’Not only have the cataracts been removed, my vision is better than it was before the cataracts.  As my vision continued to improve after the surgery, I was overcome by the beauty of everything, the colours of the flowers, the grass and the sunshine.”

Mr Dabbs said, “Cataracts are much more common in diabetics and especially so as a cause of cataracts in younger patients like Patti.  She had a cataract developing on both eyes and it was clear that her visual problems could not be solved without surgery.  Patti had phacoemulsification (cataract surgery) and intraocular lens implant under topical anaesthesia.  With diabetic patients, such as Patti, special care is taken to ensure that diabetic retinal damage does not occur during the procedure.”

The procedure typically takes around 20 to 30 minutes and Patti went home the same day.  She was able to watch TV straight away and within three days was able to drive and return to work.

Patients are awake during the procedure, which is done under local anaesthetic.  “Although you are awake and aware, you cannot feel anything so it is not painful and it’s all over so quickly,” said Patti.

“The benefits are immediate; however, it takes around four weeks for it to become fully effective.  “It just keeps getting better and better over the weeks after surgery.  I was thrilled with the results.  It’s like looking at a different world,” said Patti.

She now only wears glasses for computer work and reading.  “It’s made an incredible difference!  I don’t need to wear glasses all the time and I don’t have to avoid driving in the dark.”

Cataract surgery is one of the most common operations performed in the UK with almost 400,000 procedures carried out each year.  The majority is performed on patients over 50 but some are performed on younger patients and in rare circumstances on babies.  Men and women are equally affected.

Mr Dabbs said, “Patti has had a good recovery following her surgery and has much improved vision for her work and driving with restoration of normal sight and 20/20 vision.”

Patti said, “It’s made a huge difference to my life.  The deterioration had been gradual so I didn’t realise how bad it had become until I could see clearly again.  I’m really glad that I had it done and I would thoroughly recommend it.”