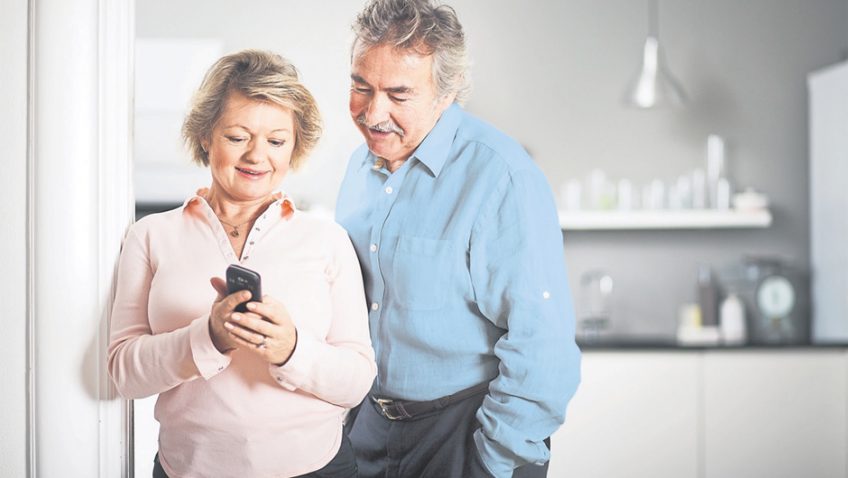 Mobile phones are contributing to a loneliness epidemic

The research, finds that contact is hard to maintain. Over a third (36%) of Brits feel they don’t hear from their elderly relatives enough. This is compounded further with 38% of respondents suggesting they don’t have the time themselves to stay in touch.

The research also found that 35% of respondents believe elderly relatives don’t know how to use their mobile phones effectively, because modern phones have confusing apps and unnecessary features.

Key findings from the survey revealed:

This new study supports previous work from the Campaign to End Loneliness, which found that over half of all people in the UK aged over 75 live alone and that loneliness is on the increase, with 63% feeling lonely some of the time or often.

“Communicating is a basic human need and yet our research shows that we live in a society where older people are feeling isolated from their busy families. What’s interesting in our research is that over a third of our respondents feel their older relatives don’t initiate communication enough,” said Simon Rockman, the founder of Fuss Free Phones.

“Mobile phones should enable better communication, but we found that 23% of older people don’t own a mobile phone and of those that do, 35% don’t know how to use it. That’s 50% of the over 75s who don’t or can’t use a communication device that the rest of the population takes for granted. With younger people increasingly using messaging apps to stay in contact, the gap between the generations may yet increase further,” said Simon.