Home / NEWS / CAMPAIGNS / The travails of the elderly shopper 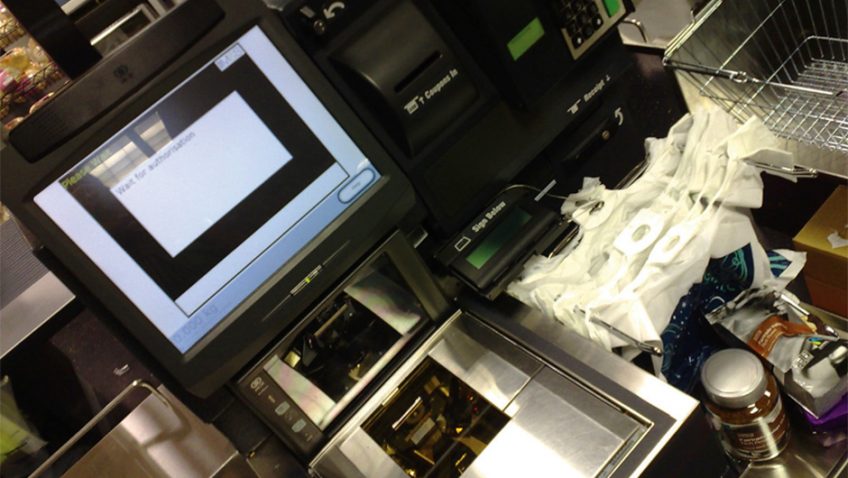 The travails of the elderly shopper

Automated checkout machines put off about a quarter of older people from going shopping, a survey from a housing charity for the elderly suggests.

They can find the automated checkouts “intimidating” and “unfriendly,” according to the charity, Anchor, England’s largest not-for-profit provider of housing and care for older people.

A recent report commissioned by the charity warns that:

The report is highlighting the dire need for the high street to reinvent itself, as it predicts up to £4.5bn annual losses by 2030 for retailers if they fail to attract the grey pound.

The report, entitled, Older generations to rescue the high street, by the Centre for Future Studies, comes as new polling reveals 1.7 million older people (23% of those aged 70+) say they feel shut out from the high street. Some 60% say they are concerned by the lack of seating in shopping areas that would allow them to rest.

Anchor’s Standing Up 4 Sitting Down (SU4SD) campaign is now calling for more to be done to tackle inaccessible high streets, help reduce older people’s loneliness and improve their health and wellbeing – starting with the simple, yet important, change, of increasing seating.

Chief Executive of Anchor, Jane Ashcroft CBE, says: “Going shopping is something most of us take for granted and yet many thousands of older people feel excluded from our high streets. This is an issue not to be overlooked, as it increases older people’s isolation and loneliness, in turn affecting health and wellbeing. It’s also important for retailers who are missing out on huge amounts of revenue. We must value older people – everyone should have the chance to live life to the fullest, regardless of age.”

The report warns that, as baby boomers reach older age and the strength of the grey pound rockets, high streets must dramatically overhaul themselves into age-friendly, integrated, community environments. The alternative, by 2030, is the demise of the high street, with the disappearance of banks, estate agents, and many well-known brands – leaving just 120,000 shops remaining nationwide. The effects of this stretch beyond the economy, contributing to the prospect of 8.7 million lonely older people in the UK by 2030.

Dr Frank Shaw, Foresight Director at the Centre for Future Studies, says: “Baby boomers are an economic force to be reckoned with. As they enter older age, their refusal to retire quietly is an opportunity to reinvigorate the high street, transforming it into a diverse, prosperous, and age-friendly environment. The alternative, £4.5bn annual losses and the death of the high street, will be devastating, not just for older people, but for everyone.”

Since the launch of SU4SD in 2016, there has been some progress to get more seating on high streets. The campaign has welcomed commitment from Sainsbury’s, Morrisons, and more than 200 independent stores to increase or maintain the number of seats in their stores. But much more needs to be done.

New polling of people over the age of 70 shows that 60% think the lack of seating in shopping areas remains an issue; one that has led a third (31%) to suffer from leg or back ache and a quarter (25%) to feelings of anxiety or tiredness. Despite these concerns, a third (33%) of older people say they would feel shame asking for a seat in a public place.

Many commentators are focusing on technology to define the future of the high street, but 24% of older people say that self-checkout machines put them off shopping and 35% would be deterred by the introduction of robots.