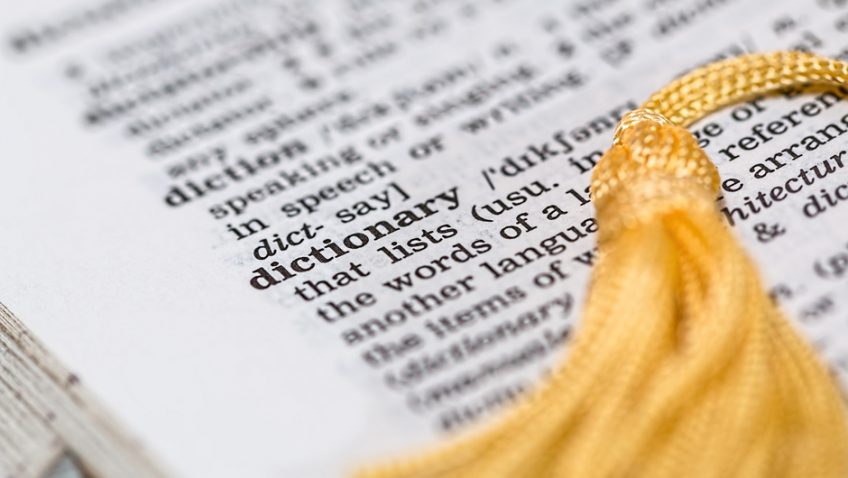 Some of the most intriguing words in the English language are what linguists call fossil words, so named because they are artifacts from another era and survive only in isolated usage. Many of these words usually appear only in the same phrase or idiom.

We’ve had a lot of fun discussing fossil words at Mature Times. These are a few that we have uncovered, with some of the comments they inspired:

Ado – without further ado. How about adoing things immediately?
Amok  – run amok. Is it OK if I just walk amok?
Bandy –  bandy about. Nothing to do with pigs and alleys.
Bated – with bated breath. As opposed to unbated breath, which is not restrained at all.
Beck – at one’s beck and call. “I’ve got to go, my wife just becked me.“
Bygones – let bygones be bygones. “I missed the deadline, it was bygone.”
Craw – stick in one’s craw. A craw was a stomach or crop, but who nowadays would complain of a craw ache?
Deserts – get your just deserts. I personally would rather have just desserts.
Dudgeon – in high dudgeon. Indignation – not as one wag thought, a type of camper van.
Eke – eke out. Not to be confused with “Eek out”, which is old English for “freak out”.
Fettle – in fine fettle. Woe betide you (there’s another fossil) if you should ever be in rough fettle.
Fro – to and fro. As in “he was here, but he went fro” no doubt.
Hale – hale and hearty. Weren’t they a double act back in the 80s?
Immemorial – in time immemorial. Was there ever any other kind of time?
Ken – beyond one’s ken. I think they still use “ken” in Scotland. I expect news of its demise hasn’t got that far north yet.
Kith – kith and kin. Not to be confused with Kath and Ken, who are completely different people.
We uncovered many more, too many to list in this article. Here are some other favourites:
Mettle –  test one’s mettle
Shrift – given short shrift
Sleight – sleight of hand
Thither – hither and thither
Turpitude – moral turpitude
Vim – vim and vigour
Wreak – to wreak havoc
Yore – in the days of yore

Some words are only ever used as a negative such as uncouth:  have you ever described someone as being couth?

Do you still use some of these words? Do you have any others to add to our list?