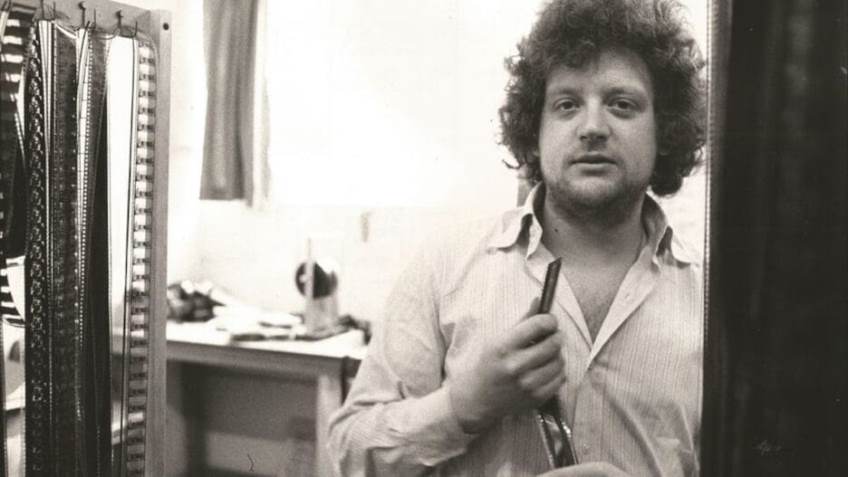 The Storms of Jeremy Thomas will be a treat for cine-enthusiasts with flawless memories, like director and one-man crew Mark Cousins. For most viewers, however, the road trip through France in early summer, an insider’s look at the Cannes Film Festival, and delectable clips from films you have not seen in decades might be the highlights. Despite the title, the documentary is more about Cousins’ enthusiasm for Thomas’s films than about the eponymous producer. Cousins’ melodious, rhythmic voice, so familiar to viewers of his documentaries like The Eyes of Orson Welles, or his 15-hour The Story of Film: An Odyssey, can rock you to sleep just like the waves outside the Majestic Hotel.

So, who is Jeremy Thomas and what are his storms? Thomas is one of the last of a dying breed of fiercely independent, entrepreneurial film producers, who make decisions alone and go out to find the funding, and then work in close collaboration with the directors they support. Thomas won his only Academy Award for The Last Emperor in 1988, early enough in his career to reflect, at the age of 72, on the fleeting nature of fame. Such is the producer’s lot that the ground-breaking directors he has enabled over the past 45 years are much better known than he is.

What the storms are is trickier. Despite a frightening battle with cancer, Thomas admits, ‘I’ve had a fantastic life.’ For Cousins and contributor Tilda Swinton (Thomas produced Jim Jarmusch’s Only Lovers Left Alive, starring Swinton), “storms” applies to the process of filmmaking. Storms say something about the man, too. During a lunch on a terrace in Cannes, a sudden rainstorm struck, sending all the diners running for shelter. Thomas remained outside, basking in the shower.

The documentary is divided into sections marked by roman numerals because that is the way Cousins organises his films. The links between the sections are a tad facile but always cinematic. The first section, Cars, pertains to Thomas’ love of cars and the cars that figure in certain films he produced. Thomas drives himself from the UK to Cannes every year, the solo journey giving Thomas time to think. The 850-mile trip with Cousins in a spotless Alfa Romeo takes five days.

We stop at locations of significance to Thomas. Thomas, who is Jewish, thinks of the victims in the sobering remains of the Drancy Internment and Transit Camp in a bland Parisian suburb. At Orleans we see a statue to Jean D’Arc, which prompts Thomas to ruminate on the ‘sheer emotion you can get from a face.’ He is referring to Renée Jeanne Falconetti’s expressive face in Carl Dreyer’s great, silent film, The Passion of Jean D’Arc with a clip provided. In Lyon, it is the Institut Lumière, where, in 1895, Louis Lumière shot what is considered the first commercial film – La Sortie de l’Usine – showing workers pouring out of the factory door at the end of the shift.

Cousins likes finding tags for Thomas, and the first, “the prince,” is far reaching. Born into filmmaking royalty, the son of director Ralph Philip Thomas (best known for The Doctor series, and uncle, Gerald (the Carry On films) his childhood was privileged.

Cousins also refers to the prince winning gold, by winning his Oscar for The Last Emperor. That segs to Nicholas Roeg’s 1983 film Eureka, in which Gene Hackman plays a gold prospector. It is a shame that Thomas does not talk about Roeg as a director, or about any of the stars in that film, from Hackman and Rutger Hauer, to Micky O’Rourke, Joe Pesci and Theresa Russell. We do revisit Russell in the Cannes section when Cousins asks Thomas who are the greatest movie stars.

Thomas was Nicholas Roeg’s great enabler. We revisit one of Cousin’s favourites, the 1980, Bad Timing: A Sensual Obsession a couple of times, ending with a clip showing Denholm Elliot’s line, “you have to love more than your dignity.” Thomas is struck by how badly a person can treat the person he loves. Cousins does not mention that this film elicited responses like “a sick film made by sick people.”

Bohemian is another tag. The prince (Cousins thinks of Prince Hal) rebels and, unlike his father and uncle, makes films for and about the counterculture. And Thomas’s formative years were the 1960s. ‘I enjoy popular culture,’ Thomas says, but ‘the counterculture is something you have to look for.’

The transition from cars and subcultures to death, is easy since Thomas produced David Cronenberg’s infamous film, Crash, one of the riskiest in his career. We are shown an archival image of The Evening Standard’s verdict: “A movie beyond the bounds of depravity.” (The film won the Special Jury Award at Cannes, with several jurists abstaining). Nearly two decades later Thomas produced another, less successful, film based on a JG Ballard novel, High Rise (directed by Ben Wheatley).

The transition from death to sex, is facilitated by Crash, of course, so Cousins gets mileage out of that film. Though sex is a constant in films since the 1960s, Bertolucci’s The Sheltering Sky from 1990 is not only a good example of nudity and sex on screen but an opportunity to introduce the great actress Debra Winger, who, unfortunately, contributes little to our knowledge of Thomas.

The transition from sex to politics is equally obvious, as Bertolucci directed, and Thomas produced The Dreamers, a film about sex and politics, notably the student riots of 1968. Alas, we learn nothing about Mr Thomas’s views on sex (he has been married since 1982 and has grown children) or politics. We are left to assume his films reflect his liberal attitude to sex and politics, general as that might be.

Thomas has produced British, American and European directors, and is equally enthusiastic about Japanese films. He produced The 13 Assassins (2010) and First Love (2019) by director Takashi Miike, whom he considers of the all-time greats.

While Cousins is in seventh heaven, the viewer does not learn very much about the art, craft or business of producing, and, despite the discussion of cancer, we do not learn much about Thomas’ personal life either. Swinton says, ‘he’s so rock n’ roll’ and tells an anecdote about his calm, comforting words at the end of hard day’s work. But there are no directors on hand to tell us what it is like to work with Thomas, how he differs from other producers, or about the particular contributions he made (beside finance) to any of the 68 films in his remarkable career.