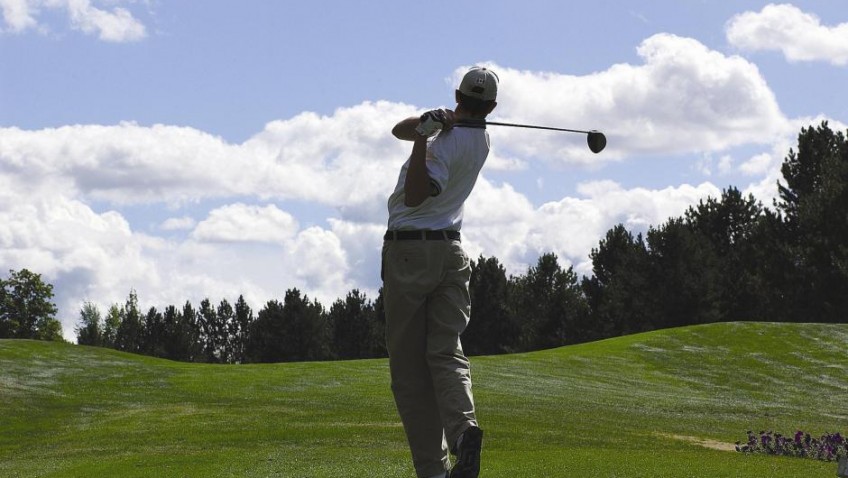 Taking up regular exercise in middle-age will still help keep Alzheimer’s at bay in later years, according to new research.

Maintaining a healthy regime into older age is a good way to prevent brain inflammation, which is thought to leave a person vulnerable to Alzeimer’s.

As a person gets older, blood supply to the brain begins to reduce and the blood-brain barrier, a semi-permeable membrane separating the blood from the cerebrospinal fluid, can become leaky.

Hard work provided by cells known as pericyctes, which maintain the barrier, and astrocytes, which are important support cells, begins to slow down with the ageing process.

As these cells stop functioning as well the leaking blood-brain barrier causes the inflammation.

But this inflammation is, at least in part, avoidable, say scientists at The Jackson Laboratory in Maine.

Their results were published in the Open Access Journal PLOS Biology on October 29, and show that exercise is key in maintaining good neural function.

The team tested mice at different ages – giving some of those from middle age upwards a wheel to run in.

As the mice reached the equivalent of 60 human years old, those who had a wheel were found to be much better at engaging in typical spontaneous behaviours which are commonly affected by aging than those more sedentary.

Pericyte loss which happens naturally with age was also reduced in the mice which ran every night.

But if the mice were lacking in a gene called Apoe which has been found to be a major genetic indicator for Alzheimers, then exercising didn’t have much effect.

Lots of studies have already drawn the link between developing Alzheimers and vascular dyfunction in the brain that happens during ageing.

But scientists at The Jackson Laboratory, which researches human genetics, have pinpointed the cause as pericyte and astrocyte function.

Dr Ileana Soto, lead author on the study, said: “Collectively, our data suggests that normal ageing causes significant dysfunction to the cortical neurovascular unit, including basement membrane reduction and pericyte loss. These changes correlate strongly with an increase in microglia/monocytes in the aged cortex,”

“In this day and age, with so many distractions and conveniences, it is easy to fall into a lifestyle that does not include enough exercise. With an aging population, I hope our study helps in encouraging a healthy lifestyle that includes exercise.”

He added: “For those that are unfortunately unable to exercise, our study provides insight into a possible mechanism by which exercise may benefit the aging brain and may one day lead to improved treatments for age-related cognitive decline, Alzheimer’s disease and other neurodegenerative disorders.”