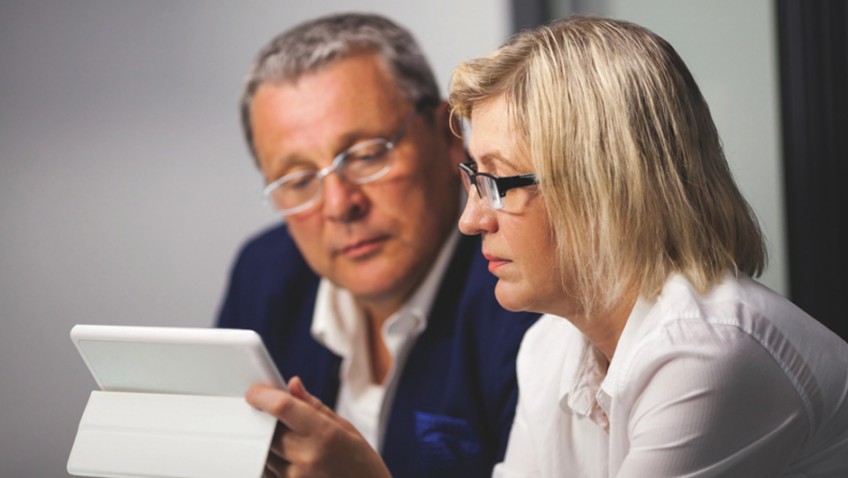 With the recession all but behind us, most employers’ eyes have been fixed firmly and optimistically ahead. The spotlight is shining brightly on the next generation of workers, as well as tomorrow’s band of leaders – those who will soon be occupying the executive posts of their respective companies.

Amid all the excitement, however, the value of older workers seems to have been forgotten. These people are effectively being pushed into a corner and left waiting for retirement, despite many still having another 20 years of career time left. The result is a lot of frustration, poor morale and – from the employer’s perspective – missed opportunities. The answer to that question above, then, is a resounding ‘yes’.

Contrary to what many companies seem to believe, the skills and contribution of over-50 employees are crucial to the UK’s economy, and the importance is growing. It’s predicted that by 2020, this age group will represent one third of the working population.

As a recent Ashridge survey highlighted, though, employers aren’t maximising the potential of a group that tends to offer more loyalty, skills and experience. After surveying more than 2,000 over-50s and HR staff, the study’s researchers found there to be a real disparity between what older people want from their jobs and what they were being offered by their employers.

According to the survey, older workers are looking for four main things from their careers:

These are ambitious people who want challenging jobs and opportunities to continue growing. Anyone with that attitude will work hard, and that’s exactly what businesses need if they’re to grow, so why the ignorance?

The HR point of view

The study found, however, that HR professionals and other business managers are – as we suggested earlier – more focused on developing the younger generation to ensure they’re ready for the future. What this means is that those of generations X, Y and Z are first choice when it comes to training, leaving the Baby Boomers, who could well be of more value, to be overlooked.

That’s not to say older staff are being ignored completely; HR staff are just focused on the wrong things. Instead of considering progression and how best these team members can be utilised, they’re intent on preparing them for retirement – an inevitability that’s been in the works for decades already, and could still be decades away.

Confirming the misplaced emphasis is the finding that only one per cent of HR professionals believe older workers need career development. They couldn’t be more wrong – very few over-50s are ready to call it a day just yet.

Even with a first class degree in rocket science from the most prestigious university, a 21-year-old fresh out of education will lack true working experience. It’s something that takes time, and it’s a big part of what separates the older generation from their younger counterparts. Over-50s have been working for decades, picking up the skills that can be usefully applied to any working environment; leadership, communication and problem-solving are just three examples.

What’s more, research from the US shows that older workers tend to be happier in their jobs, meaning they’re also more likely to stay loyal. Just over half (54 per cent) of workers aged 65-plus are “completely satisfied” in their current role, compared with just 29 per cent of employees aged between 16 and 64, according to the Pew Research study.

Business leaders and their HR teams really need to ask themselves whether they’re maximising the potential of their older staff. If the answer’s ‘no’, how can they go about making improvements? There are plenty of different tactics: introducing dedicated development programmes, re-identifying valuable skills and create opportunities suited to over-50s. More than all of this, though, make a point of discussing career satisfaction and progression regularly and informally. Build bridges and stop taking these massively valuable assets for granted.