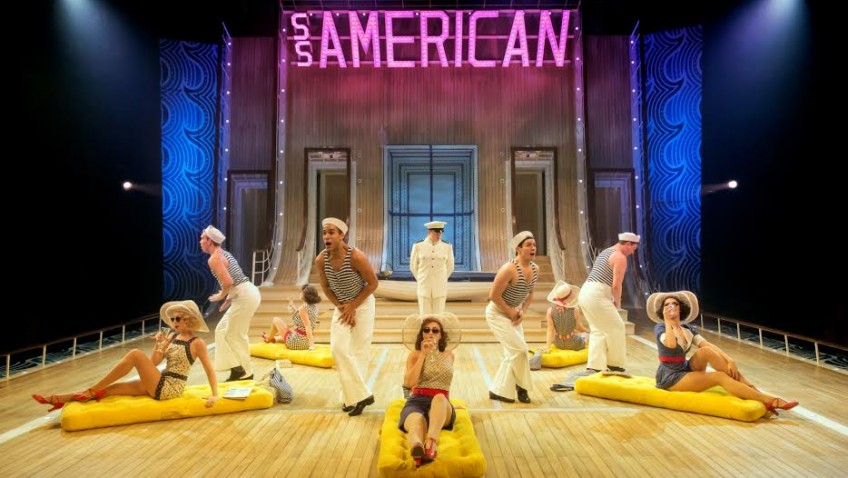 The 1930s were the Golden Age of the American musical and the lively, tuneful, wise-cracking Anything Goes, Cole Porter’s first smash-hit, which premiered on Broadway in 1934, is the definitive stage musical of the period.

It was the perfect entertainment for audiences who had been through the Wall Street Crash and the Great Depression.

The show is packed with familiar songs and clever lyrics, such as: I Get a Kick Out of You, You’re the Tops, It’s De-lovely, Blow, Gabriel, Blow and, of course, Anything Goes.

The setting is an ocean liner. A stowaway (Matt Rawle) tries to persuade a beautiful girl (Zoe Rainey), who is engaged to a silly ass English Lord (Stephen Matthews), to marry him instead.

He is helped in his endeavours by an evangelist (Debbie Kurup), turned nightclub singer, a small-time gangster (Hugh Sachs), disguised as a clergyman and the gangster’s moll (Alex Young) when she is not sleeping with the whole crew.

Many of the topical, name-dropping references will be lost on modern audiences, but everybody can still appreciate the joke of the gangster as celebrity.

The musical’s high spot is the exhilarating Act One finale, the actual Anything Goes number, led by Kurup, with the whole cast tapping away. The choreography is by Alistair David.

The chorus boys also act as a very efficient stage management. Daniel Evans’s touring production, which premiered at Sheffield’s Crucible Theatre, is notable for its energy and speed.

Audiences are going to get a tremendous kick out of this show. It’s a lot of fun, sheer escapism, and ideal for the whole family.