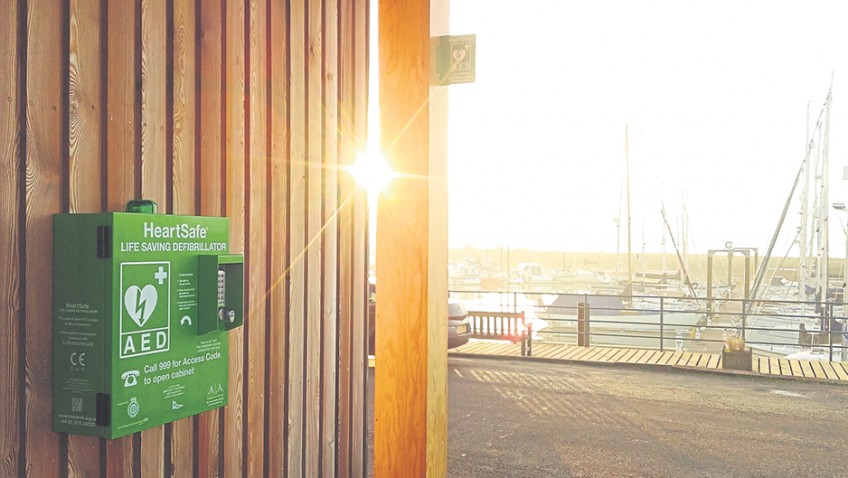 Over 700 defibrillators were placed across the country last year, thanks to the first £1 million of government funding. The charity hopes to increase availability of defibrillators by a similar number this year. So far, the BHF has helped fund over 14,000 life saving defibrillators in towns, cities and villages across the UK.

Latest figures from the BHF show just 22% people in the UK would use a defibrillator themselves in an emergency. The charity warns this lack of awareness and confidence could be wasting valuable time and costing lives.

“I’m delighted to be working with the British Heart Foundation for a second year. Our £1 million investment will provide hundreds of defibrillators as well as training in CPR to communities across the country.

“I congratulate the British Heart Foundation on their tireless work in this important project. It will empower people to know what to do in an emergency and save lives.”

When someone suffers a cardiac arrest, their heart stops pumping blood around their body and they will die within minutes without treatment. For every minute without defibrillation, a person’s chance of survival decreases by around 10 percent.

However, a bystander giving immediate CPR and defibrillation can double a person’s chances of survival in some cases.

There are more than 30,000 out of hospital cardiac arrests in the UK every year. However, fewer than one in ten people survive. In places where CPR and defibrillator awareness is more widely taught, survival rates are up to three times as high. The BHF says that if UK survival rates were boosted to match those seen in parts of Norway, where up to 25% of people survive, nearly 5,000 additional lives could be saved each year.

The BHF will now welcome applications for public access defibrillators from organisations such as charities, social enterprises, community groups and commercial organisations working in partnership with the NHS Ambulance Service. Each award will come with the BHF’s CPR and defibrillator awareness training programme, Call Push Rescue, allowing many more people in local communities to gain the skills and confidence to save a life.

The BHF was awarded the grant to deliver the programme, with support from a network of organisations including NHS England, the Arrhythmia Alliance, the Resuscitation Council UK and the Association of Ambulance Chief Executives.

“Right now just one in ten people in the UK survive a cardiac arrest. Sadly not enough people have the skills and confidence to perform CPR and too few defibrillators are readily available in public places.

“We’re urging organisations up and down the country to join us in creating a Nation of Lifesavers by making public access defibrillators readily available in their communities and by giving people the skills and confidence to save a life.

“This partnership could mean the difference between life and death for the thousands of people who suffer a cardiac arrest in England every year.”

Graham and Anne Hunter lost their daughter Claire to a cardiac arrest when she was just 22 years old. They believe she might have been saved if the spa where she died had had a defibrillator on site.

“Nothing can prepare you for losing a child. But knowing that a simple piece of life saving equipment could have made all the difference, makes it even harder to come to terms with.”

“When Claire died we made it our mission to ensure that more defibrillators are made available in public places. Thankfully, this announcement means we are one step closer to making that happen. There is no question that this funding will help save lives and will prevent other families going through what we are going through.”

Organisations can check if they are eligible, and apply for the free community package including up to five public access defibrillators and a Call Push Rescue training kit, by visiting:  bhf.org.uk/defibengland