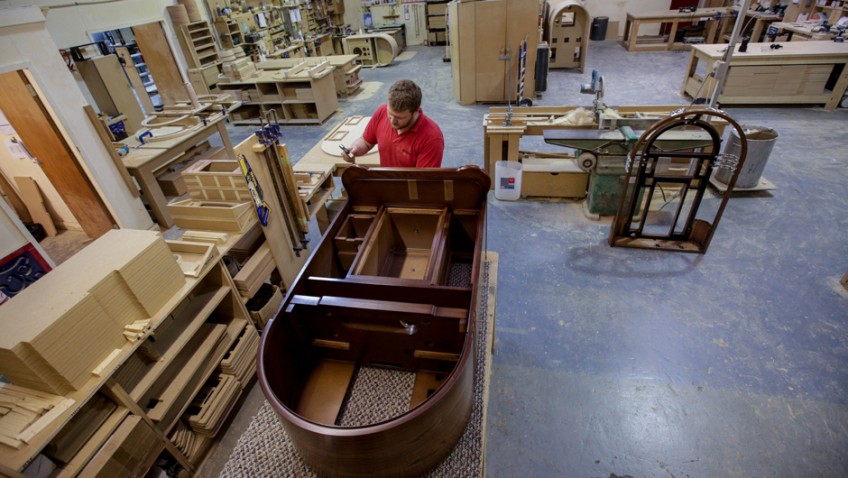 Only company in world making a vinyl jukebox set for production

A manufacturer drafted in a team of older people to become the only company in the WORLD to be producing a vinyl jukebox.

The first commercially available vinyl playing jukebox in 20 years has been unveiled by Sound Leisure, a musical manufacturing company, who drafted in a production team of pensioners to help work the aged mechanisms.

The company, based in Leeds, West Yorks., will go into production of the ‘Rocket Jukebox’ this summer after its prototype was unveiled at the Classic Car Show to the admiration of vinyl lovers old and new.

But unless you’re already an established rockstar, or just live for the music, each jukebox will set you back a cool £8,000. 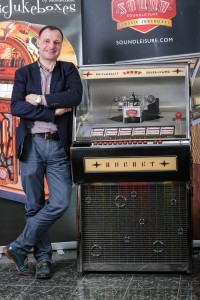 Managing Director of family-run business Sound Leisure, Chris Black, 46, said: “We are officially now the only jukebox manufacturer in the world to now be producing a vinyl jukebox – and its fantastic.

“We’re very dedicated in what we do and even though it has taken us three years to perfect this new model – we know it will be worth it.

“We ran the original vinyl jukebox from 1980 to the early 90s and there was a cross over with CD and vinyl, and obviously CDs took off and bars wanted to have more selections with 30,000 tracks on rather than just a few hundred.

“But in recent years we started to see Vinyl coming back into mainstream – and there is a huge list of people who are interested in our prototype.”

The new jukebox can select from 70 vinyl records with a 140 selection, A and B sides, and will boast modern touches with bluetooth connection – but it wasn’t an easy task to drag something so classic into a contemporary world.

A team of experts in their 70s and 80s were drafted onto the project, including Chris’ father Alan Black, 71, who worked on the company’s first vinyl jukebox back in 1980.

Speaking about the project, Chris said: “It was very much a project of epic proportions and fantastic that my dad could come back and work on the redevelopment of the vinyl jukebox.

“In the beginning it was quite difficult to find people with the skills and knowledge to be able to manufacture a jukebox with a changer mechanism that could accommodate 45s.

“We dusted down our old model and wanted to produce one with a modern touch.

“Technology has advanced a lot over the years and the player mechanism looks a lot similar – but now we have things like octos instead of microswitches.

“We have also got rid of relays and have completely redesigned the new jukebox over the last three years.

“With my dad and his friends working on it together, they can leave the company with this being their final swansong – and last major project they will work on as a team.”

Chris added: “We are extremely excited about the new 140-selection player mechanism – it is a tribute to the team that this new machine has actually become a reality.”

Despite vinyl records being deemed by some as antiques, there is still a desire for vinyl after HMV announced that they sold one record deck per minute in the run-up to Christmas 2015.