Home / LIFESTYLE / Why do we celebrate Halloween? 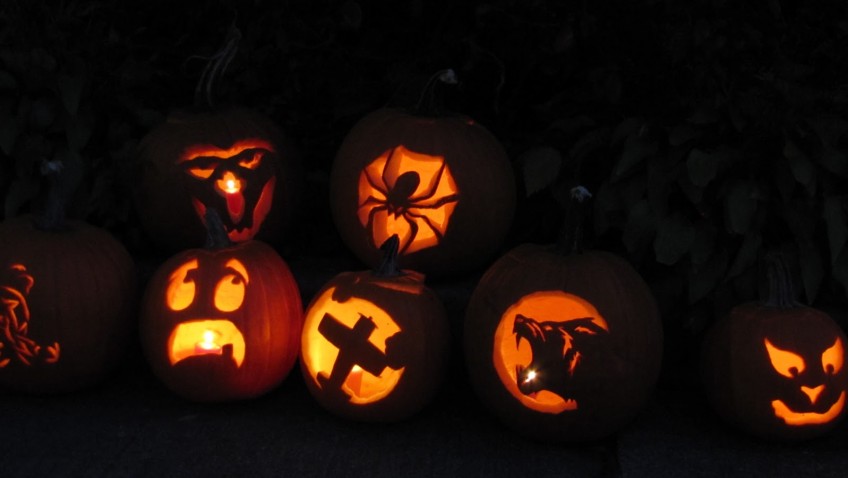 Why do we celebrate Halloween?

Halloween or All Hallows Eve is celebrated across the world on the night of 31st October. Modern day celebrations generally involve groups of children dressed in scary costumes roaming from house to house, demanding “trick-or-treat” for which we are expected to hand over a few sweets.

The origins of these customs, however, date back thousands of years, to pagan times.

The origins of Halloween can be traced back to the ancient Celtic festival of Samhain. Until 2,000 years ago, the Celts lived across the lands we now know as Britain, Ireland and northern France. Essentially a farming and agricultural people, the Pre-Christian Celtic year was determined by the growing seasons and Samhain marked the end of summer and the harvest and the beginning of the dark cold winter. The festival symbolised the boundary between the world of the living and the world of the dead.

It was believed by the Celts that on the night of 31st October, ghosts of their dead would revisit the mortal world and large bonfires were lit in each village in order to ward off any evil spirits. Celtic priests, known as Druids would have led the Samhain celebrations. It would also have been the Druids who ensured that the hearth fire of each house was re-lit from the glowing embers of the sacred bonfire, to help protect the people and keep them warm through the dark winter months.

The Romans conquered much of the Celtic tribal lands when they invaded from mainland Europe in 43 AD, and over the next four hundred years of occupation and rule, they appear to have many of their own celebrations were assimilated  into the existing Celtic festivals. One such example may help to explain the current Halloween tradition of ‘bobbing’ for apples. The Roman goddess of fruit and trees was known as Pomona, and her symbol was an apple.

As the Romans moved out of Britain in the early 5th century, so a new set of conquerors began to move in. First Saxon warriors from Germany raided England’s south and east coasts and then the Jutes from Denmark. The native Celtic tribes were pushed to the northern and western extremes of Britain, to present day Wales, Scotland, Cornwall, Cumbria and the Isle of Man.

In the decades that followed, Britain became a Christian country with the Christian Festivals and amongst them “All Hallows’ Day”, also known as “All Saints Day”, a day to remember those who had died for their beliefs.

Originally celebrated on 13th May, it was Pope Gregory who had the date of the All Hallows’ feast moved to 1st November sometime in the 8th century. It is thought that in doing so, he was attempting to replace or assimilate the Celtic Samhain festival of the dead with a related but church approved celebration.

The night or evening of Samhain therefore became known as All-hallows-even now shortened to Halloween. A special time of the year when many believe that the spirit world can make contact with the physical world, a night when magic is at its most potent.

Throughout Britain, Halloween has traditionally been celebrated by children’s games such as bobbing for apples in containers full of water, telling ghost stories and the carving of faces into hollowed-out vegetables such as turnips. These faces would usually be lit by a candle inside and the lanterns displayed in windows to ward off any evil spirits. The current use of pumpkins is a relatively modern innovation imported from the United States,

This all became tied in with the Day of the Dead which is still marked in Latin America and Spain but was incorporated into the Christian calendar. In the 10th century the day after All Saints’ Day was became, as All Souls Day, to honour those whose souls were still in purgatory.  Therefore some people would leave lit candles outside their homes to help to guide the deceased souls as it was thought the dead re-visited their homes

Practices associated with Halloween during the medieval period were the lighting of bonfires, to symbolise the plight of souls lost in purgatory, and souling which consisted of going door-to-door offering prayers for the dead in exchange for “soul cakes” and other treats. Mumming a custom originally associated with Christmas, consisting of parading in costume, chanting rhymes, and play-acting, was a somewhat later addition to Halloween.

Again, however, despite the obvious similarities between old and new, it may be an exaggeration to say these medieval customs “survived” to the present day, or even that they “evolved” into modern Halloween practices such as trick or treating. By the time Irish immigrants brought the holiday to North America in the mid-1800s, mumming and souling were almost forgotten in Ireland itself, where the known Halloween customs of the time consisted of praying, communal feasting, and playing divination games such as bobbing for apples.

All these ancient customs are tied in with the lighting of bonfires and the winter carnivals with parades and costumes in early November.

The secular commercialised holiday we know now, which has come from America, would be barely recognisable to Halloween celebrants of even just a century ago.