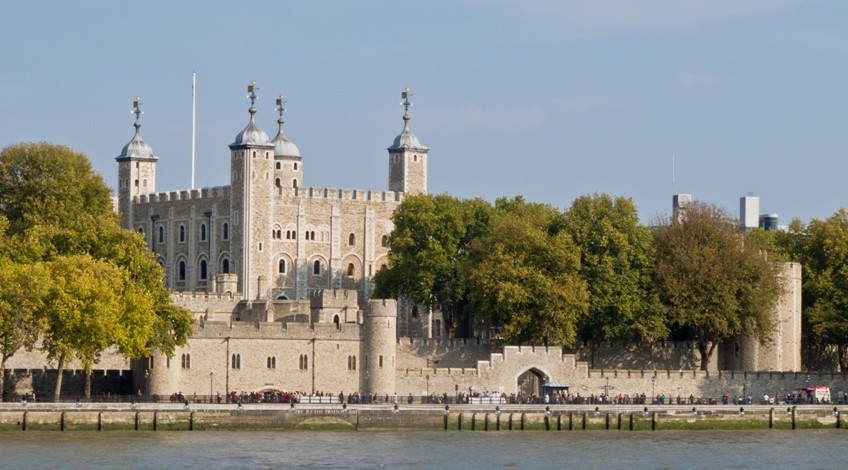 Did you know Britain has 25 UNESCO World Heritage Sites?

These range from sites of natural beauty like the Dorset and East Devon Coast to cultural riches such as the Tower of London and Stonehenge. England’s capital has some of the most iconic sites in the world, many of which are protected by World Heritage status.

Step back in time at William the Conqueror’s imposing Tower of London and see the Crown Jewels.

And if all that history proves a little exhausting, head west and recharge your batteries at Kew Gardens, home to 300 acres of enchanting greenery, ancient trees, palm houses and even a treetop walkway. For thousands of years of history and soaring architecture, explore the great cathedrals of Durham and Canterbury and the largest monastic ruin in Britain, Fountains Abbey.

To follow in the footsteps of Roman invaders, a trip to Hadrian’s Wall is a must, and if you’re interested in our industrial heritage don’t miss Derwent Valley Mills, Saltaire, Ironbridge or the Cornwall and West Devon mining Landscape from where mining technologies spread across the world.

And if you want to explore one of the world’s biggest mysteries, head to Stonehenge, the most famous megalithic (literally meaning ‘big stone’) monument in the world. Dating back an amazing 50,000 years, it’s drawn visitors for literally millennia. Visit the city of Bath, famous for its associations with Jane Austen, to see its ancient Roman Baths, the elegant Pulteney Bridge, gorgeous Georgian architecture and Bath Abbey. Not far from here is the birthplace of Winston Churchill, Blenheim Palace near Oxford. It’s a perfectly preserved 18th-century stately home set in a 2,100-acre park landscaped by ‘Capability’ Brown. Further north, Liverpool is recognised as a ‘supreme example’ of a British port at the time of Britain’s greatest global influence and it’s here where you can see the towering Liver Building, the Albert Dock and take a ferry across the Mersey river.

Elsewhere, The Dorset and East Devon Coast, also known as The Jurassic Coast was the first ever site to be inscribed as a ‘natural’ World Heritage Site. It spans 95 miles of dramatic coastline that’s exposed to provide an almost continuous geological ‘walk through time’ spanning 185 million years of the Earth’s history. Any trip to Scotland would have to include a trip to Edinburgh, the Scottish capital. The Old Town, topped by the castle, oozes history and a stroll along its cobbled streets and dark alleyways is a walk through time. The Georgian New Town is equally evocative with its graceful crescents, squares and terraces. Further north is Orkney, a group of islands in Northeast Scotland home to prehistoric monuments that predate the Egyptian pyramids.

St Kilda, in Scotland’s famous Outer Hebrides is one of only 24 locations in the world to be awarded World Heritage Status for both natural and cultural significance. Uninhabited since 1930, St Kilda bears the evidence of more than 2,000 years of human occupation and is the most important seabird breeding station in north-west Europe. In a land of castles, Harlech, Conwy, Caernarfon and Beaumaris stand out for their sheer scale and sophistication. Well-preserved, atmospheric and enormous they represent the pinnacle of medieval military architecture.

More recent, but no less impressive, is Britain’s newest World Heritage Site, the longest and highest aqueduct in Britain. Towering 126ft above the River Dee, the Pontcysyllte Aqueduct is a 200-year-old engineering marvel. It looks fantastic from a distance but walking or travelling by canal boat over the top is truly exhilarating. Not far from Cardiff is Blaenavon, an area shaped by the coal and iron industries. It highlights the importance of South Wales in the world’s production of coal and iron in the 19th century.

The Giant’s Causeway lies at the foot of the basalt cliffs along the rugged Antrim coast of Northern Ireland. This intriguing rock formation is made up of some 40,000 massive black basalt columns sticking out of the sea and has been shrouded in myth and legend for centuries.

To find out more about World Heritage Sites, visit the UNESCO website.