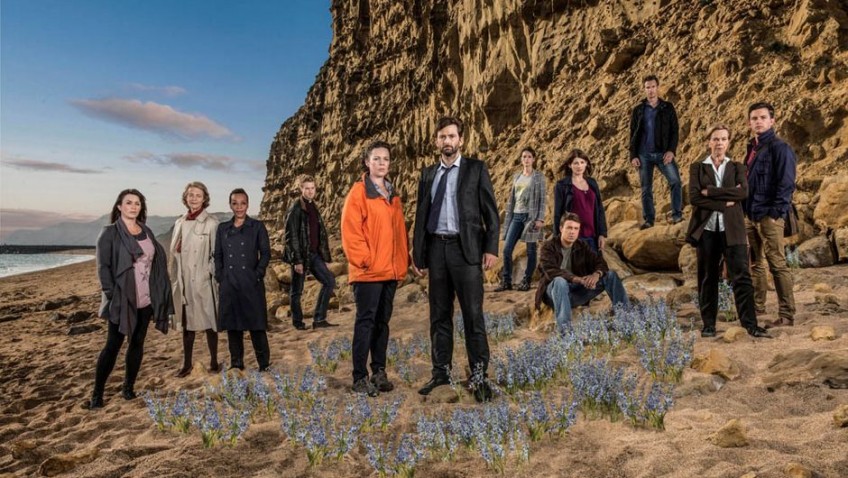 Back to Dorset for another cliff-hanger

BROADCHURCH (Acorn). If you saw the first series you will want to know what David Tennant, Olivia Colman and Andrew Buchan are up to.  It’s the same fractured Dorset community and everybody has something to hide. The producers have added Charlotte Rampling, Marianne Jean-Baptiste and James D’Arcy to the cast. Rampling has lots of gravitas. But the script becomes an over-extended cliff-hanger. Six episodes would have been better than eight.

THE SKELETON TWINS (Sony). Two suicidal siblings meet up again after a ten year absence and get on each other’s nerves. Screwed-up, immature, depressed and self-destructive, they fail to get their act and their relationships together and freak out. Bill Hader is the gay brother and Kristen Wiig is the promiscuous sister. These two actors, who are primarily known for their comed in Saturday Night Live, are extremely personable and play off each other so well. The performances are sensitive and funny, and should prove a major turning point in their careers. Craig Johnson directs.

ATILLA MARCEL (Metrodome).  A retarded French man in his thirties lives with his elderly aunts and hasn’t spoken since he was a two-year-old. Guilleme Gouix, well cast, rightly acts it absolutely deadpan; but the film, directed by Sylvan Chomer, is so whimsical, so fantastic, so odd, so very eccentric that many viewers are going to get more and more and more irritated.