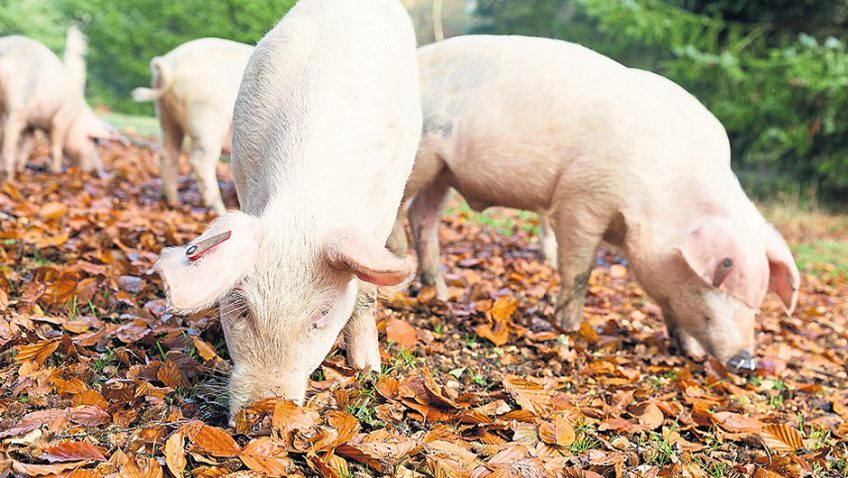 It might only have come into being as a designated National Park in 2005 but the New Forest, set in the heart of Hampshire, can trace its origins back almost a thousand years.

It was established by William The Conqueror who in 1079 named the area ‘his new hunting forest’ where he would hunt venison, whilst creating the ‘Nova Foresta’ system by which the land was governed. This ancient system was designed to protect and manage the woodlands and wilderness heaths of the forest and most of it symbolically remains in place today although thankfully the death penalty for the taking of venison is no longer enforced!

Back in Norman times, the word forest had a different meaning from what we understand today. Then it meant a separate legal system which had its own courts and officers to protect the venison and the vert – the undergrowth on which the venison fed. The officers were known as Verderers, Agisters and Commoners, or as we would better know them today the judges, stockmen and land-users of the forest, and they still exist.

The Verderers today are responsible for protecting the forest, the Agisters are employed by the Verderers and their role is to manage and maintain the day to day running of the forest in accordance with the Verderers byelaws. They also have the authority to humanely destroy injured animals whilst the Commoners (there are around 700 of them) occupy land or property that gives them the right, amongst other things, to turn out their animals for grazing on the common land of the forest.

And this ancient system is what makes the New Forest unique because it is a system that defines the forest itself. It is the movement of the animals, especially the ponies, and their grazing patterns and browsing habits that have helped, over many, many years, create the landscape and environment that you see today.

Autumn is a particularly good time to visit, not only are the trees resplendent in their beautiful autumnal colours, but it is also the time of year that the Commoners release their pigs out onto the land to graze, an exercise known as pannage. This is a very important part of the forest life cycle – the pigs go out to devour the acorns that have fallen from the many oaks within the forest – apparently pigs have a passion for acorns and they just gobble them up. The timing is just right as it fattens them up nicely for Christmas, but the exercise also has a much more important function as the acorns are poisonous to the ponies. Pannage is the only time of year that the pigs are set free because otherwise they would eat too much and cause too much damage.

I was lucky enough to enjoy a short stay in the delightful village of Brockenhurst recently which is in the heart of the forest itself and is one of the few villages where the animals are allowed to roam freely. It’s quite a sight to see a couple of donkeys wander down the main street, holding up the traffic as they go, or a pony or two walking past the parked cars. It’s a beautiful little village, in fact so pretty that it has been designated the most beautiful place to live in the UK.

But more than that it’s a great place to base a stay in the New Forest having plenty of good transport links to the rest of the forest and indeed through its train station, the rest of the UK. It also has plenty of lovely walks on your doorstep, so if you want to leave the car then that’s not a problem. Alternatively, a trip to lovely Lymington, a seaside town, is recommended, especially by train as you get to experience some of the beauty of the forest from a different perspective.

Accommodation is easy, and there is plenty to choose from. I stayed at the family owned and operated Cottage Lodge Hotel, part of which dates back to the 17th Century in the heart of the village. It has fifteen rooms, all of which have been individually designed and furnished. Owner, Christina Simons is rightly proud of what the hotel has achieved and it stays close to its local roots, sourcing as much produce as it can from within the forest itself. Most of the furniture is sourced from New Forest wood, in fact the tables in the dining room can be placed in a particular order to replicate the trunk of the black poplar tree from which they were all made. The on-site restaurant, run by Chef Martin Packard serves hearty, value for money food, and is well worth a visit.

There can’t be many places in the UK where you can get so close to nature and see the animals in their natural, and exceedingly beautiful habitat. Autumn really is a great time to visit the New Forest!

The Cottage Lodge are currently offering autumnal specials with three night breaks for the price of two starting from just £80 per person including breakfast each morning. To find out more call 01590 622296 or visit www.cottagelodge.co.uk

For more information on things to do and places to stay in the New Forest visit www.thenewforest.co.uk