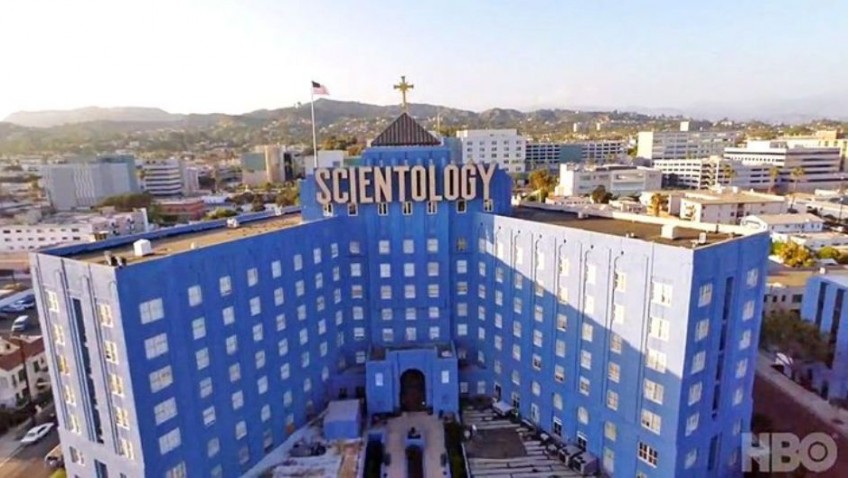 Never one to shy away from complex and litigious subjects for his theatrical documentaries, Alex Gibney has explored Enron (Enron: The Smartest Guys in the Room); Julian Assange (We Steal Secrets: The Story of WikiLeaks) and Lance Armstrong (The Armstrong Lie) along with other controversial subjects in his theatrical and cable television documentaries.  All that was child’s play compared to Gibney’s latest documentary Going Clear: Scientology and the Prison of Belief. To say that he, his small crew and weighty array of contributors risked their livelihoods, reputation, well-being and personal safety in making the film is no exaggeration.

The Church of Scientology (CoS) managed to block the sale in the UK of Lawrence Wright’s book, on which it of the film is based (Going Clear: Scientology, Hollywood and the Prison of Belief), and it has threatened to sue any broadcaster that airs the film. HBO, which financed the film, aired it in the USA in January 2015 to a record audience, although a Sky release has been stalled by legal issues.

In addition to the almost comical –if it were not so frightening – portrait of the movement’s founder, L Ron Hubbard, the detailed and persuasive testimonies of a range of former high ranking members make it clear why the CoS is so defensive. The already-tainted reputation of the CoS’s most prized member, Tom Cruise, is again called into question. The CoS will do anything to retain Cruise, from giving him lavish gifts to forcing members to cater to his every whim for slave wages. The film suggests that the CoS was behind the break-up of his marriages because neither Nicole Kidman nor Katie Holmes wanted their children brought up in the CoS. As for John Travolta, who, along with Cruise, refused to comment, there are suggestions that he is being blackmailed into remaining a member.

A courageous Sylvia ‘Spanky’ Taylor, a long-time member who worked in Hollywood’s Celebrity Centre and recruited Travolta, provides fascinating testimony. Her ‘disconnect’ from Travolta, a personal friend, is harrowing. Members of the CoS are it seems, brainwashed into ‘disconnecting’ with anyone – even parents and children – who dares to leave the organisation. The testimony of Sarah Goldberg, who obtained the organisation’s highest spiritual level (Operating Thetan level eight!), is also chilling and moving. Labelled a ‘Suppressive Person’ even relatives and friends had to ‘disconnect’ from her.

L Ron Hubbard could have had a profitable life writing Pulp-fiction Sci-Fi novels, (he holds the Guinness Record for most books written), the concepts of which informed the ‘religion’ he started. He continued to embellish his religion with outlandish ideas as he went along. In its most basic form, the Church says that a human is an immortal but spiritual being called a Thetan, that is resident inside a physical body.

The Thetan has had many past lives in extraterrestrial cultures. The film examines the cult’s focus on Auditing (listening), which aims to produce a State of Clear. Being clear (hence the title) means realising one’s potential by ridding oneself of suppressive patterns of unwanted behaviour. ‘Clear’ individuals have been freed of false information and memories of traumatic experiences that prevent them from, among other things, embracing Scientology. According to several testimonies, ‘going clear’ takes the form of forced imprisonment and something akin to torture.

Hubbard believed in maximizing his own potential, including his revenue stream. He felt that leading a religion was a much more lucrative path than being a pulp fiction author. In 1950 Hubbard’s book Dianetics: The Modern Science of Mental Health became a best seller. Four years later the Hubbard Dianetic Research Foundation turned into the Church of Scientology. Hubbard was no role model for a Church leader. He fabricated stories of his WWII record to impress his wives and, a bigamist, lived with and married Sara Northrup Hollister while still married to Margaret Grubb, whom he abandoned. While Hollister was no angel, when she threatened to leave Hubbard with their daughter if he did not seek psychiatric help for paranoid schizophrenia, he fled to Cuba with the daughter.

As the CoS has always been about money, this riveting, and in many ways horrific, in-depth investigation should be required viewing for schools, government ministers and civil servants and tax offices around the world. We can start with the USA’s Internal Revenue Service (IRA), but also with our own Inland Revenue which has allowed the CoS to be exempt from VAT on the basis of its not-for-profit status.

In July 1967, The IRS revoked the CoS’s tax-exempt status, the CS ignored the Iris’s ruling and, instead of paying tax, waged a 26-year war on the IRS and the US taxpayer in the form of some 2,400 law suits, making further any legal action unaffordable. Despite the US Courts backing the IRS, in August 1993, the IRS buckled under the strain. The documentary shows the current Chairman (and de facto replacement of L Ron Hubbard) David Miscavige (who refers to the IRS officials as ‘pea-brained psych-indoctrinated mental midgets’), holding a victory rally before an ornate auditorium of cheering members.

The ruling meant, as the wealthy Miscavige reminds his audience, that all of the members can continue to make generous tax exempt donations to the CoS. The most high profile contributor, Academy Award winning director (Crash) and script writer Paul Haggis tells us how he joined at an impressionable 21, dreaming of being a filmmaker. When he did become one, he was pressured into giving $250,000 for the CoS to purchase tax exempt real estate. Because of Haggis’ reputation, his testimony is particularly convincing. Whatever you think of his films, you have to feel sorry for what amounts to a public humiliation.