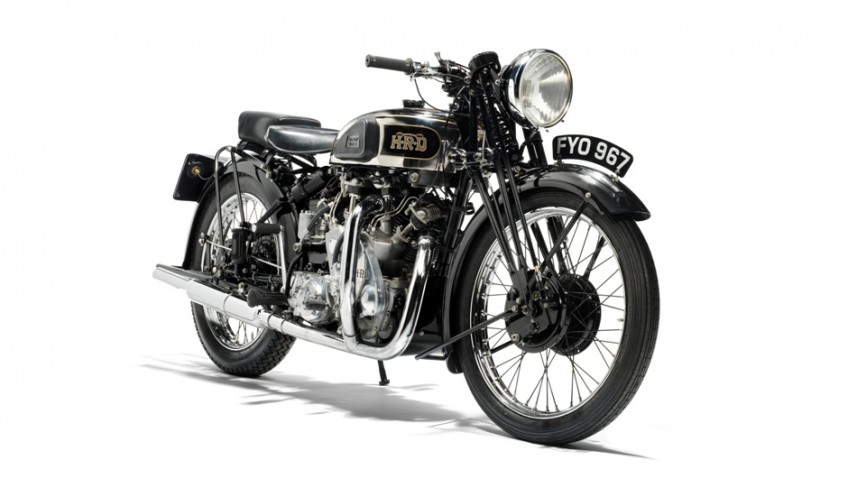 A classic British motorcycle made just before World War II and later bought for just £10 is expected to sell for a record-breaking £260,000.

The 1939 Vincent HRD Series-A Rapide was the penultimate machine to leave the iconic firm’s Stevenage factory before the outbreak of war.

Mr Lloyd, a motorcycle enthusiast, restored the 998cc bike and would use it regularly for work and holidays.

But one day, after a decade of use, the chain snapped and the bike was dismantled and stored in a Liverpool lock-up, where it remained for another ten years.

An administrative error meant the lock-up had been allocated to someone else and the bike was being loaded onto a skip when Mr Lloyd turned up.

He took it home and stored it in the rear bedroom of his Liverpool home where it remained until the mid 1990s.

It wasn’t until 2007 that work began on the bike and, seven years later, it was back on the road for the first time in 45 years.

Mr Lloyd didn’t get to see his beloved bike back on the road, as he died a year into the restoration.

The Vincent HRD, which will be sold by Bonhams at its Stafford auction on April 26, is expected to sell for a record-breaking £260,000.

“Seven years of restoration have resulted in a magnificent motorcycle completed to Concours standard.

“Owned by the same family for the past fifty years, Bonhams Stafford sale offers a rare opportunity to acquire this highly desirable machine.

“It is one of the holy grails of the motorcycle world and a must for any major collection.”